Who decides on the awards of this year’s ZagrebDox Special Edition? 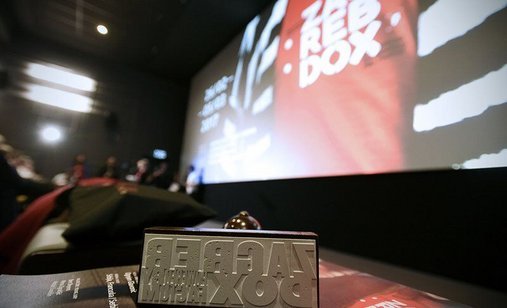 This year too the films in ZagrebDox’s competition run for the official festival awards, the Big Stamp and the Small Stamp, and special juries decides on the winning films in the off-programme.

The Big Stamp goes to the best film in international competition and the best film in regional competition. This year’s international jury is chaired by the acclaimed Croatian documentarian and multi award-winning director Goran Deić, whose three films will be presented to the audience in the special Author’s Night. Other members of this year’s international jury are the Slovenian director, producer, speaker, artistic director and Makedox programmer Petra Seliškar, and the Czech director and photographer Anna Kryvenko.
The regional jury members are the Croatian journalist and editor Dean Šoša, the Italian set designer and director Valentina Primavera and the film producer and Trieste Film Festival artistic director Nicoletta Romeo.

The young jury, deciding on the Small Stamp winner for the best film by a director up to 35 years of age, this year consists of the Dutch director and producer John Appel, whose award-winning documentaries the ZagrebDox audience already had a chance to see, the Belgrade-based editor, director and screenwriter Jelena Maksimović and the Mediterranean Film Festival Split and Cinema Network director Alen Munitić.

The HT Audience Award goes to a film with the highest average rate by the viewers’ choice and several other special awards will be presented. The Movies That Matter Award to a film that best promotes human rights will be presented by Hungarian director Dorottya Zurbó, an activist from Rijeka and the coordinator of the women’s right and reproductive justice programme with the PaRiter association Marinella Matejčić, and an activist with many decades of civil society organisations experience Mladen Majetić.

The FIPRESCI Award will go to the author of the best film in regional competition and the entries are judged by the Macedonian film critic, writer and programme director at the Kinenova International Film Festival Igor Angjelkov, the Croatian film critic Marijana Jakovljević and the Latvian film critic Zanre Balčus. More information about the jury members are available here.

The founder and director of ZagrebDox Nenad Puhovski every year presents his own My Generation Award, to filmmakers improving the documentary film quality throughout years and decades. This year’s winner of the My Generation Award is the experienced documentary director and Oscar winner Alex Gibney, whose film Citizen K will be screened in The Best of the Rest programme.