A young Norwegian pop star, a legendary queen of soul and one of the most important choreographic visionaries in the focus of documentaries included in The Best of the Rest section. 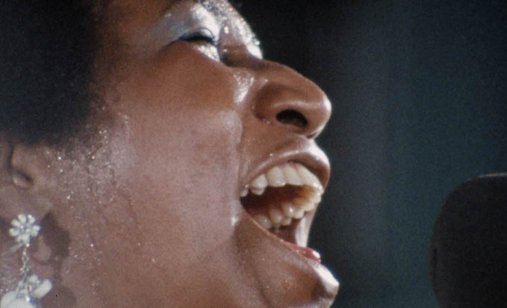 Three films in The Best of the Rest section will acquaint you with great artists from the field of music and dance: a Norwegian teen star, the legendary queen of soul and one of the most important choreographic visionaries.

In his debut film as director, Amazing Grace, composer and producer Alan Elliot brings an exclusive insight into the so far unseen recording of Aretha Franklin’s 1972 concert, from the gospel diva’s career peak. Her performance at the missionary Baptist church in Los Angeles was filmed by young Sydney Pollack, but neither he nor Franklin wanted the recording to be published. Almost forty years later, the recording made it to the big screens, as a direct insight into the charismatic and musically devoted queen of soul.

Once Aurora by Benjamin Langeland and Stian Servoss follows the skyrocketing musical career of a teenage pop sensation grown up in rural Norway. Singer songwriter Aurora Aksne started her path in music at the age of 16, instantly becoming a pop idol with hoards of fans. This film follows Aurora on a two-year tour, and the scenes, intimate, complete with dynamic editing, shed light on all the sides of the celebrity status: the turbulent daily life, internal struggles, as well as uncompromising love of music and creative freedom.

The iconic American dancer and choreographer Merce Cunningham is in the focus of Alla Kovgan’s documentary film Cunningham, following the artistic evolvement of this artist over the course of three crucial decades in his career: from his youth in post-war New York, to the establishment of his status as one of the most important choreographic visionaries in the history of contemporary dance in the 1970s. His innovative artistic work, intertwined with fragment from life and creative philosophy, on the screen create an almost synesthetic cinematic experience. The scenes of iconic dance sessions and so far unknown archive material reveal an impressive explosion of dance and music, contributed to by Cunningham’s coworkers, the iconic composer John Cage and the famous visual artist Robert Rauschenberg.