Films in store on the first day of the festival 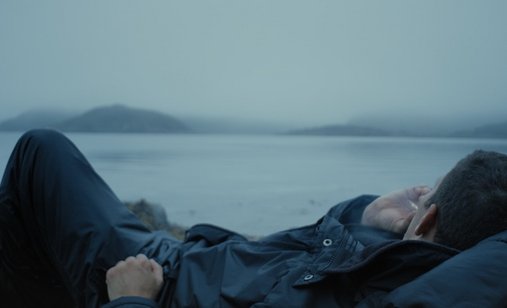 ZagrebDox festival screenings kick off at 3 p.m. at Teatar &TD and end with a 10 p.m. screening at SC Cinema. The first festival day presents eight titles, screening in International and Regional competition programmes, as well as in The Best of the Rest programme.

The programme at Teatar &TD offers titles in the International Competition. The programme starts at 3 p.m. with a screening of Sunless Shadows in the International Competition. Directed by Iranian veteran Mehrdad Oskouei, the film portrays five young Iranian women imprisoned for killing their abusive spouses or fathers, and it won the award for Best Director at IDFA. On at 5 p.m. is Hassen Ferhani’s 143 Sahara Street, an intimate and evocative documentary about a lone café in the middle of the Saharan desert, awarded at Locarno for best emerging director. Polish director Michał Bielawski’s Wind. A Documentary Thriller is on at 7 p.m. The thriller-like story, which won the MDR Film Prize for best documentary film from Eastern Europe, evolves into an extraordinary cinematic symphony about the unpredictable and destructive power of the wind that blows several times a year in the Polish region of Podhale. Young Russian director Ilya Povolotskiy’s cinematic debut Froth is on at 9 p.m. It is an immaculately shot cinematic study of a small eclectic community of “subpolar cowboys” living in the semi-deserted town on the shores of the inhospitable Barents Sea. The International Competition programme ends for the day with the 10 p.m. screening of The Painter and the Thief directed by Benjamin Ree, awarded a Special Jury Award for Creative Storytelling at Sundance. It is a tender and heartfelt story, which, skilfully avoiding sentimental traps, portrays the unusual friendship between the two titular protagonists.

The screenings at SC Cinema also include films from the Regional Competition and the programme The Best of the Rest: For Sama screens at 4 p.m. at SC Cinema. Garnering more than 50 awards worldwide, this poignant documentary is a direct look at survival in Syria, observed from the perspective of a journalist and activist who dreams about the arrival of liberal democracy to Syria. It is a devastating story about the author’s experience of raising her daughter Sama during the Syrian civil war.

On at 6 p.m. at SC Cinema is Daughter of Camorra directed by Siniša Gačić, a portrait of former member of the infamous Italian mafia organisation Camorra who, after getting out of prison, struggles with the challenges of daily life. The programme ends with the 8 p.m. premiere of Croatian documentary directed by Neven Hitrec, Push – Pull, a critical take on the educational system, a commentary on growing up in the age when everything is readily accessible and a critique of the educational methods employed by the family in front of the camera. In their struggle, the learning process seems more like a modern version of the Inquisition – complete with shouting, screaming, manipulative promises and drama.