A series of relevant social and political issues of today are critically examined in regional competition of the special edition of ZagrebDox. 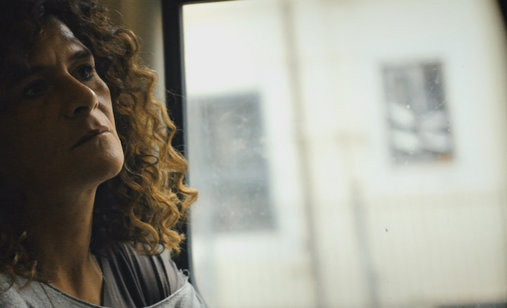 The topics of memory, war traumas, corruption, crime and punishment, economic migrations and the consequences of oppressive institutional systems on the lives of individuals imbue documentary films in the regional competition if the special edition of ZagrebDox, taking place from 4 to 11 October at the SC Cinema and &TD Theatre of the Student Centre in Zagreb. Along with a series of Croatian films, films from Austria, Bosnia and Herzegovina, Hungary, Macedonia, Romania and Slovenia compete in this category. The Bosnian and Herzegovinian director Jasmila Žbanić is back at ZagrebDox with her film Airborne, a seemingly autobiographical, intimate piece about the secondary victims of war. A dramatic testimony of the director’s husband Damir, whom she met in a shelter during the Sarajevo siege, about his fear of flying often takes a humorous course, but at the same time deeply illustrates the psychological consequences of a war trauma experience. The topic of memory, war trauma and intertwined past and present is addressed in the touching Hungarian film The Euphoria of Being by Réka Szabó, which garnered many festival awards, including the Grand Prix in Locarno, Audience Award at the Munich International Documentary Film festival DOK.fest and the best human rights documentary at Sarajevo Film Festival. The film follows a three-month process of making a dance show on the life of Éva Fahidi, an old woman who survived Auschwitz as a 20-year-old girl, where she lost her entire family. A combination of documentary film and dance show exposes the painful and powerful memories of those who survived profound traumas, but it also follows the evolvement of a strong friendship between Éva and young dancer Emesa Cuhorka.

Movements of a Nearby Mountain is set in a remote place beneath the Austrian Alps, directed by Sebastian Brameshuber, an award-winner at Cinéma du Réel, who speaks about a Nigerian migrant repairing cars against the backdrop of the unrelenting mining industry, examining the position of an individual in global economy. The film screened at many festivals and won a host of awards, including a special mention at Viennale and the best political film award at the Hamburg festival. Economic migrations, but the other way around – from the heart of Europe to Southeast Europe – are in the focus of Srđan Šarenac’s Bulgarian Dream. The director’s Two Schools screened at ZagrebDox 2017, and this story focuses on the fate of a German pensioner who, unable to make a decent living in her homeland, moves to Bulgaria. Apart from economic conditions, the film focuses on the issue of aging and the social rejection of pensioners.

The Bulgarian-German director Alexander Nanau in his film Collective provides an uncompromising insight into the achievements and importance of research journalism on the example of exposing corruption in the Romanian health system. The fire in a Bucharest nightclub in 2015 had many casualties, and the event motivated the journalists to explore the condition in Romanian healthcare and unmask large-scale corruption. This documentary was screened at festivals like Sundance, TIFF and IDFA and won awards at DocAviv Film Festival, international film festivals in Sofia, Tromso and La Roche-sur-Yon. Directors Vanja Dimitrova and Natasha Dimitrievska in their film Locked Storms take the audience to a daily life kept away from the public eye – of inmates in correctional facility and patients of a psychiatric hospital. Filming their ‘tenants’ of different profiles, with only one camera and in only a few hours, the directors ask the questions: if these people felt freedom only when they were locked up, what will happen once they leave the institutions? A different view on the Italian mafia, quite detached from the usual fascination with the phenomenon, is presented in the film Daughter of Camorra by Siniša Gačić, focusing on a former member of the infamous Camorra organisation who, after leaving jail, faces the challenges of daily life. Cristina Pinto was the first woman member of the Neapolitan Camorra mafia and after spending 24 years in prison, she is trying to reconnect with her partner Rafaele and built a relationship with her daughter Elena. The film won the best Slovenian documentary film award and was screened at Sarajevo Film Festival as well.

In The Best of the Rest section we call your attention to Citizen K by the Oscar winner Alex Gibney, this year’s winner of ZagrebDox’s My Generation Award given by the festival director Nenad Puhovski. The protagonist of the film is Mikhail Khodorkovsky, a former oligarch and today’s political dissident. One of the more mysterious characters of the post-Soviet transition in Russia, who acquired his wealth in the turbulent phase of the Soviet Union decay, publicly spoke against Vladimir Putin and accused the Russian regime of corruption. Arrested, he was suddenly stripped off his wealth and with a ten-year prison sentence. From his exile in London he still criticises Puin and the conditions in Russia. Citizen K is not only a story about Khodorkovsky, but also of the complex relationships between the Russian oligarchy and the government, as well as the effects of that relationship on democracy. The acclaimed American director Penny Lane in her provocative but funny film Hail Satan?, the winner of the best feature documentary at Calgary Underground Film Festival, unmasks the background of the growingly popular controversial religious movement. The exciting political thriller iHuman, directed by Tonja Hessen Schei,speaks about the controversies of the mighty but deregulated industry based on AI, going back to the essential question: what kind of future do we want to live in?