Around fifty recent documentary titles will be presented to a ZagrebDox's audience in October, and sixteen films in an international competition will be competing for the official festival award. 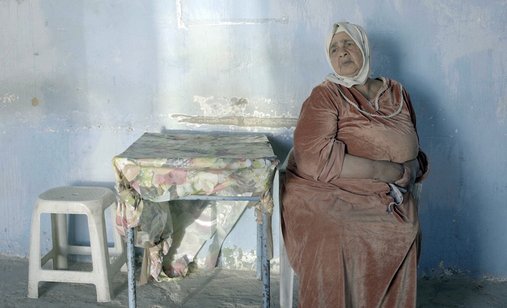 A special edition of the International Documentary Film Festival ZagrebDox takes place from 4 to 11 October at the SC Cinema and &TD Theatre of the Zagreb Student Centre, with around fifty recent documentary titles. ZagrebDox PRO, the festival’s training programme, was largely held in March online. October gives us a chance to present these fifty titles to a live audience.

The competition is international and regional and features around thirty films which, each in their own way, speak about a series of social issues, phenomena, colourful personalities or fascinating personal tales that had to be told. Sixteen films in international competition compete for the Big Stamp, the official festival award. The films include a broad range of topics, with portraits of impressive individuals like a Syrian doctor managing an underground hospital, the most famous devil’s advocate in Israel, a community of locals from the bottom of the Arctic Sea, as well as a portrait of a café in the middle of Sahara. Following the unusual relationships overcoming social norms and positions, as well as geographic limitations, they take us to the invisible and most vulnerable individuals behind the strong walls of the Iranian oppressive regime, question crime and forgiveness through the destinies of Lithuanian prisoners, criticise mechanisms of political power in a visit to a former gulag in the Arctic circle, as well as Mexico’s health system through the eyes of a family owning a private ambulance service, facing us with the past and through a relationship of the youngest folks speak about the (im)possibility of coexistence in diversity.

The film The Cave by Feras Fayyad has so far won around 15 prestigious international awards, including an Oscar nomination, Critics’ Choice Award and the IDA Award, award for the most valuable documentary of the year and recently two Emmys for creative art. it is a story about the Syrian war from the point of view of doctor Amari Ballour, who runs an impromptu hospital in a cave. The winner of the International Documentary Film Festival Amsterdam (IDFA), the film In a Whisper by the duo Heidi Hassan and Patricia Pérez Fernández is a story about a friendship overcoming geographic vastness, and IDFA’s sinner in the medium-length section, Anticlockwise by Iranian director Jalal Vafaei is a touching portrayal of the filmmaker’s family confronting the oppressive Iranian regime. The same festival gave the best director award to the Iranian film veteran Mehrdad Oskouei for the shocking film Sunless Shadows, about the fate of five young Iranian women sentenced over killing their abusive husbands and fathers. A special mention at the last IDFA went to another film from ZagrebDox’s international competition, Froth, a debut film by the young Russian director Ilya Povolotsky, an impeccable study of a small eclectic community of ‘subpolar cowboys’ living in a semi-abandoned town along the hostile shores of the Barents Sea. The grand prix winner at CPH:DOX, Ridge by John Skrog, called by the jury statement the contemporary Swedish version of Tarkovsky, by way of a minute and skilful use of film language conveys the impressions of Scandinavian summer leisure. The Polish film Wind. A Documentary Thriller by Michał Bielawski, the winner of the MDR Award for the best Eastern European film at DOK Leipzig, uses suspense to evolve into an impressive cinematic symphony on the unpredictable and destructive wind blowing several times a year in the Polish region of Podhale.

Exemplary behaviour by Audrius Mickevičius and Nerijus Milerius, the winner at DOK Leipzig, questions the notions of crime, justice and forgiveness in a story about the inmates at the Latvian Lukiškės prison. The Swedish director Mikel Cee Karlsson in the film Fraemling is trying to clarify the destiny of his best friend, gradually unmasking his strange hidden life. Using documentary footage, interviews and re-enactment, the author creates a story about the thin line between the victim and guilt. The controversial Israeli lawyer Lea Tsemel, known for her fearless and passionate fight for the rights of Palestinian political prisoners, is in the focus of the film Advocate, which earned the directorial duo Rachel Leah Jones and Phillippe Bellaiche a dozen awards at renowned festivals and got them shortlisted for an Oscar nomination. The young American director Luke Lorentzen in his new documentary Midnight Family, winning around twenty awards all over the world including the best cinematography at Sundance, joins a Mexican family on frenetic, turbulent night rides across the streets of Mexico City. Filmed in a cinema verité style, the filmf follows a private family ambulance service unmasking the fatal flaws of the state health system. A special mention at Sundance went to the film The Painter and the Thief by Benjamin Ree, a tender heart-warming story which, skilfully avoiding sentimentalism, depicts an unusual friendship between the protagonists. With an award from the Locarno festival, arriving to Zagreb will be 143 Sahara Street by Hassen Ferhani, an intimate and evocative documentary about a small café in the middle of the Sahara desert. The notorious Brussels neighbourhood of Molenbeek, known for suicide bomber attacks and police patrols, is the scene of the film Gods of Molenbeek by the Finnish director Reetta Huhtanen, through the eyes of two boys hailing from completely different backgrounds. This lyrical piece in a fresh and imaginative way approaches one of the today’s burning issues – the (im)possibility of coexistence in diversity. Family secrets, repressed memories and silent traumas are in the centre of the family drama It Takes a Family, in which director Susanne Kovács expounds a complex, personal tale of her own family, the Holocaust and the terrors of the past which still, generation upon generation, leave a trace in the present. The Grand Prix winner for the best documentary at last year’s Karlovy Vary festival, the film Immortal by the Russian director Ksenia Okhapkina shrewdly unveils how the political power mechanisms influence daily life, even in seemingly benign situations.

All the information about the programme and tickets, as well as the screening schedule will be published soon on our official website.