The inspiring but tragic love story between the iconic musician Leonard Cohen and his muse, the Norwegian Marianne Ihlen, is the focus of the latest film Marianne and Leonard: Words of Love by the acclaimed director Nick Broomfield. 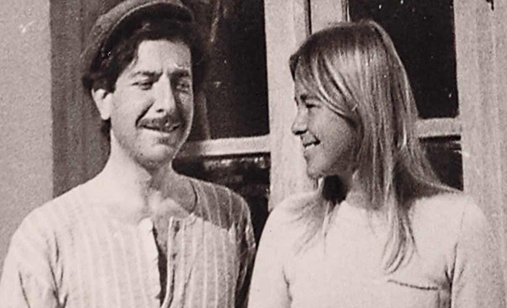 ZagrebDox has regularly hosted Nick Broomfield’s films in its line-up. Audience was first introduced to the provocative work of this acclaimed director back in 2005, with a Retrospective section dedicated to his works. A winner of many honours, including the main award at Sundance, a BAFTA, best documentary film at Tribeca, Prix Italia, Dupont Peabody Award, Grierson, the Hague Award, Amnesty International Doen Award.

This eternal truth seeker once again demonstrated his artistry and particular style in portraying human destinies. To the inspiring but tragic love story between the iconic musician Leonard Cohen and his muse, the Norwegian Marianne Ihlen, he dedicated the film Marianne and Leonard: Words of Love. Marianne and Leonard each in their own way made an immense impact on the director’s life. Marianne encouraged him to make his first film and become a director. When Marianne suddenly passed away, as it happens when a dear person dies, he started to think about her and their friendship intensely. This was the starting point for this film.

The documentary records the history of their relationship, from meeting on the idyllic Greek island of Hydra in 1960, where they both lives in a bohemian artistic community, to their death in July and November 2016. British director Nick Broomfield, who met Marianne on Hydra in 1968, reconstructs the love story between the artist and his muse through personal archive materials, interviews and poetic voice over recordings of Cohen and Ihlen. Melancholy, intimate and somewhat unreal, this film speaks about fame and its dark side, about sexual freedom of the 1960s, and about immortal love.

After imbuing this documentary with a lot of his personality, Broomfield finally turned the camera to himself and his family. He dared and made the film My Father and Me, about his own father and himself.