In the regional competition of the special edition of ZagrebDox several titles focus on friendships made and grown in most unusual circumstances. 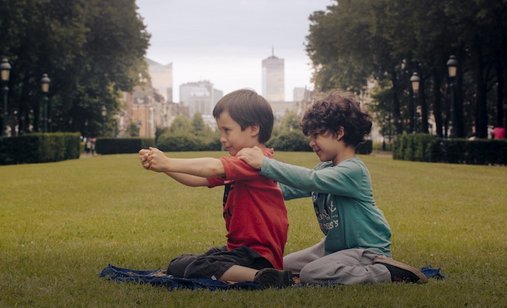 The year we live in will undoubtedly bear the imprint of the coronavirus pandemic, which faced citizens globally with the so-called ‘social distancing’ imperative, introducing a series of changes in their usual social behaviour. However, physical distance reminded us of the necessity of maintaining mutual closeness, even in the most challenging moments when it has to bridge physical and geographic, as well as cultural gaps. For that reason, in the international competition of the special edition of ZagrebDox, taking place on 4-11 October at the Student Centre, let us highlight several titles dealing with friendships made and grown in most unusual circumstances.

The winner of the International Documentary Film Festival in Amsterdam (IDFA), In a Whisper by Heidi Hassan and Patricia Pérez Fernández, is a story about a friendship defying geographical distances. Two childhood friends, grown up together in Cuba and raised according to Che Guevara’s communist ideals, were separated by fate and unachieved bright future. After years of separation, they reconnect, trying to get close again via video, and in their sincere audiovisual communication they create a collage of personal experiences: uprooting, the events that made an impact on them, fight against alienation and nostalgia, as well as love of cinema, friendship and freedom.

A jury special mention at Sundance went to the film The Painter and the Thief by Benjamin Ree, a gentle and emotional tale which, skilfully avoiding sentimentalism, in a cinematic version of a cubist portrait depicts a strange friendship between the protagonists. After a trial for stealing her pieces, the artist, in compensation for the deed, asks the thief to pose for her new painting. During that process, through conversations and moments together, they reveal they have a lot more in common than they could have imagined before.

The notorious Brussels’ neighbourhood of Molenbeek, known for suicide bomber attacks and police patrols, is the scene of the film Gods of Molenbeek by the Finnish director Reetta Huhtanen, through the eyes of two boys from dramatically different cultural backgrounds. This lyrical film freshly and imaginatively approaches one of the burning issues of today – the (im)possibility of coexistence in diversity, reminding of the universal beauty of sincere childhood friendship. On its festival round, the film has toured many renowned festivals like Visions du Réel and Krakow Film Festival, and won several honours, including the audience and critics award at DocPoint in Helsinki and a special mention at Reykjavik Film Festival.