Relations between Russian oligarch and the Russian government; a whistle-blower and WikiLeaks case; indoctrination issues in Russian society and rise of the right in Brazil 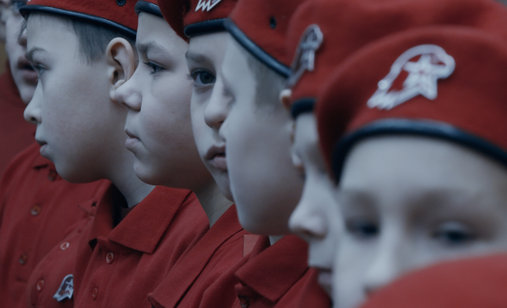 What conflicts, contradictions, intrigues and mechanisms take place in the background of the system, masked by the concept and rhetoric of democracy? What is (not) spoken about, what is (not) seen? These issues often escape the public eye, but not the documentary camera. It delves deeper, untangles and sheds light, answers by asking new questions, observes relevant social issues from new critical points of view. This year’s ZagrebDox line-up is presenting the audience with works openly confronting these issues, whose authors portray different faces of democracy, challenging its meaning in a contemporary context. We will introduce you to four titles worth mentioning and, of course, watching.

The Masters of Dox section screens Citizen K by Oscar winner Alex Gibney. The story focuses on Mikhail Khodorkovsky, a former oligarch turned political dissident. One of the more mysterious characters of the post-Soviet transition in Russia, acquiring his wealth in the turbulent period of the collapse of the Soviet Union. He became the richest man in Russia, until the moment he publicly spoke against Vladimir Putin and accused the Russian regime of corruption. Arrested, he was immediately stripped off his wealth and sentenced to ten years in prison. From his exile in London he still criticises Putin and the circumstances in Russia. Citzen K is not only a story about Khodorkovsky: by following him, Gibney investigates about complex relations between Russian oligarchy and the Russian government, as well an implications of those relations on the democratic system.

In Biography Dox we encounter the heroic and shocking story of Chelsea Manning. Director Tim Travers Hawkins in his film XY Chelsea follows the struggle of one of the most significant whistle-blowers, who forwarded almost 750,000 classified and very ‘delicate’ US diplomatic and military documents to WikiLeaks in 2010. As a transgender woman, she was sentenced to 35 years in male prison. By the decree of Barack Obama in 2017, which caused quite a controversy, Chelsea Manning was released. The film XY Chelsea is an intimate portrayal of a person who, after prison, military and legal turbulences and criminal persecution, is trying to regain her social life. As of last year, Chelsea Manning is again in prison for refusing to testify against Julian Assange. XY Chelsea won the Cinema Eye Honors Award.

International Competition is also taking us to Russia. On the ruins of the past and in daily life reality on the north of Russia, a former Soviet military stronghold, today turned to industrialisation, director Ksenia Okhapina and her film Immortal very shrewdly and subtly unmask how the mechanisms of political power and the state effect the lives of their citizens, who become willing minions to the system. Okhapina illustrates how the system-building structures function at instance that at first glance seem benign, as with dance school students. The film focuses on interconnected issues of indoctrination, ideology, freedom and system oppression. Immortal won a Grand Prix for best documentary film at last year’s KVIFF.

The short film Battle was directed by Clara Lazarim, Rica Saito, Caio Castor and Guilherme Cerqueira Cesar, and it will be screened in the State of Affairs section. The documentary tea, tried to interview reporter Marilia Melhado and the attempt turned into a demonstration of political polarisation in Brazil’s society ahead of the 2018 presidential election, won by the right-hand candidate Jair Bolsonaro. Battle is a one-take film: the interview with Marilia Melhado is interrupted by Bolsonaro’s supporters and their confrontation attracts many other by-passers, thus becoming an unplanned illustration of the state and social relations in Brazil. The film is part of the feature-length film Yellow and Green, currently in post-production, in which director Caio Castor reconstructs the rise of the right in Brazil.