ZagrebDox presents a series of documentaries on a harmonious coexistence with nature and the necessary battles to preserve the environment. 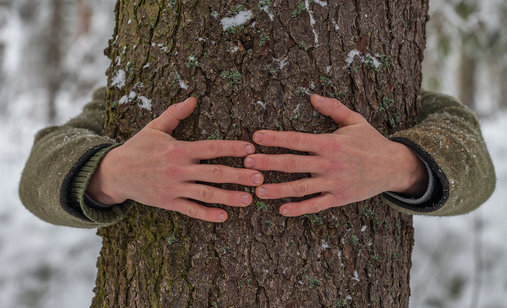 The subject of the human relationship with the environment and nature year after year gain more and more prominence at ZagrebDox; hence the special festival edition taking place from 4 to 11 October at the SC Cinema and &TD Theatre of the Student Centre in Zagreb is presenting a series of films drawing attention to the consequences of the global environmental crisis, depicting different forms of daily life, built on the principles of respecting nature, or revealing fascination with natural phenomena and forces beyond human control.

The possibility of a harmonious coexistence with nature is in the focus of several films in Regional Competition. The bittersweet life of two elderly women living in the isolated mountains of central Bosnia is the subject of Maja Novaković’s film Then Comes the Evening. They live in close contact with nature and the film skilfully conveys a segment of intangible cultural heritage through songs and rituals aiming to tame natural disasters. A cinematic tribute to simplicity and purity, as well as values of hard work, this film has won awards at many festivals, including Trento Film Festival and Short Film Festival in Ljubljana (FeKK), as well as special mention at the International Documentary Film Festival Cinéma Vérité. The Italian directing duo Damiano Giacomelli and Lorenzo Raponi in Siddhartha, which earned them the new talents award at Biografilm Festival in Bologna, tell the story of a father and a son who replaced the benefits of modern-day civilisation with life in a remote Italian village. The protagonist, a boy called Siddhartha, lives with his father Fabrizio who founded a commune in the late 1980s Noci Sonanti. However, a little girl keeping him company on summer holidays at his grandparents’ makes Siddhartha question his father’s life choices. The fate of a family living in the wilderness of the delta of Bucharest, on the outskirts of the fast-paced metropolis, in perfect harmony with nature, is in the focus of the Sundance award-winning documentary Acasa, My Home by Radu Ciorniciu. The area is becoming a public national park and the family are forced to abandon their unconventional lifestyle and return to the city. While struggling to adapt to contemporary civilisation, they start to wonder about their place in the world and the future awaiting them. The film has won a series of awards, including the main award at Krakow Film Festival and the human rights award at Sarajevo Film Festival.

ZagrebDox’s International Competition includes Froth, the debut film by the young Russian director Ilya Povolotsky, awarded for cinematography at the DOKer documentary film festival in Moscow. The film focuses on a strange community living in a semi-abandoned village on the shores of the Barents Sea, and in this inhospitable landscape at the edge of the world they are connected by the determination to tread their own path. The winner of the main award at CPH:DOX and the best cinematography at Göteborg Film Festival, Ridge by John Skoog, conveys impressions about summer leisure in the south of Sweden. The starting point of the film is the people’s stories which, paired with the landscapes, make up the cinematic map of the director’s native area. The Polish film Wind. A Documentary Thriller by Michał Bielawski is a cinematic ode to the wind blowing from the Polish-Slovakian Tatra mountain range and brings warm weather, occurring cyclically in spring and autumn, changing the lives of its inhabitants. Filmed in the documentary thriller manner, the film, awarded at DOK Leipzig, speaks about the universal human struggle with the raw power of nature.

In The Best of the Rest section the ZagrebDox audience will have a chance to see the fascinating National Geographic documentary Sea of Shadows. The award-winning Austrian director and cinematographer Richard Ladkani follows a group of scientists, activists, research journalists and secret agents on a joint mission to save an endemic species living in the California Bay waters. Organised crime and black market involving Mexican drug cartels and Chinese mafia threaten almost entire submarine world of the area with extinction, which makes the action much more dangerous. The winner of the audience award at Sundance Film Festival, this film has confirmed the director’s status of the master of ‘documentary thriller’.