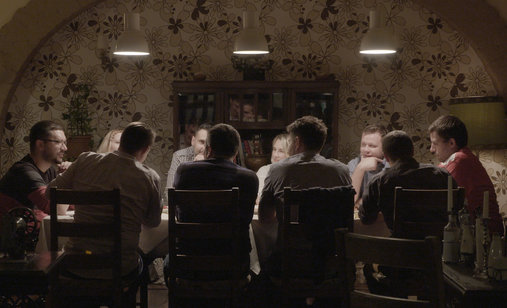 The special edition of ZagrebDox takes place from 4 to 11 October at the SC Cinema and &TD Theatre of the Student Centre in Zagreb, including around fifty recent documentary titles.

The 14 titles in regional competition include four Croatian films, with a world premiere of Nun of Your Business. In this film director Ivana Marinić Kragić follows two nuns who fall in love and, disappointed by the Church’s response, i.e. abuse inside the institution, decide to leave the convent and start a life together on one Dalmatian island.

Family abuse is also addressed by Đuro Gavran in the film One of Us, revolving around a homecoming anniversary, right before which the director and his former fellow students received a shocking letter with a testimony of a student in which she describes the systematic ongoing abuse she was subject to. The film follows a group of young people trying to face the shocking information shedding a brand new light on their growing up.

A critical overview of the education system and even more on growing up in the age of universal availability and the critique of educational methods of the family he is filming is the comical focus of Neven Hitrec in his film Push-Pull. In this struggle the learning process seems like a contemporary vision of inquisition – with a lot of noise, yelling, manipulative promises and drama.

Another Croatian premiere is Speak So I Can See You by Marija Stojnić – a Croatian-Serbian co-production about Radio Belgrade, a station which, as one of the oldest in Europe and one of the symbols of the city, still broadcasts creative content and helps preserve history, culture and critical thought focusing on the ongoing issues about ourselves and the world.

The Best of the Rest section screens five Croatian films, among which Ask Freely by Robert Tomić Zuber is premiering in Croatia. It speaks about vaccination and questions whether it is possible to meet on the same page with those claiming there is no alternative to vaccination and those opposing it.

In the short documentary The Person director Sunčica Ana Veldić documents her departure from the damaged apartment in Zagreb after the earthquake in March this year. Focusing on a shoal of fish, examining their rules of behaviour in motion, Branko Ištvančić in the film The Anonymous Shoal metaphorically speaks of people. Dubrovnik, shot in August, in the director’s perspective transforms into a city aquarium.

Two documentaries hail from the Documentary Department of the Academy of Dramatic Art: Anton Mezulić in Balm on the Wounds depicts a peculiar couple who find different ways of coping the childhood burden. Faceless by David Lušičić is an essay documentary focusing on the monument to the first Croatian president Franjo Tuđman in Zagreb. A broader critical social context is achieved through images from a few days before the unveiling of the statue to the public.

This year’s Author’s Night is dedicated to our acclaimed director Goran Dević. The audience will have a chance to see three of his works: the films Imported Crows (2004), Three (2007) and Two Furnaces for Udarnik Josip Trojko (2012).