ZagrebDox's director, Nenad Puhovski, on the programme of the special festival's edition. 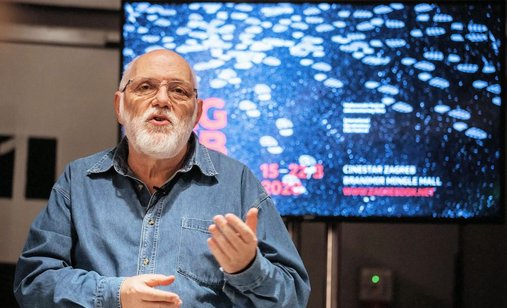 I extend my greetings ahead of ZagrebDox 2020 / Special Edition hoping to welcome you on this occasion to share a special celebration of documentary cinema.

I am certain that most of you are aware that this year’s festival in its standard shape, volume and date had to be postponed only five days before its opening. The general crisis caused by the coronavirus pandemic was stronger than our efforts to have the festival. To make matters worse, on the day we were supposed to screen the award-winning film (22 March), Zagreb was hit by a strong earthquake.

Therefore, we were among the first festivals forced to face a completely new and unpredictable situation, a situation that had organisational, programme-related, financial repercussions, as well as consequences to the lives and fates of our team members.

However, we refused to throw in the towel. Believing that a festival, as its very name says, is a festivity of joint watching, hanging out and discussing about films and topics analysed by documentary films, we decided to postpone it for autumn. And yes, what could be done then – ZagrebDox Pro – the festival segment intended for film professionals and their future projects, took place on its original dates, but online.

In ten days we are supposed to open a new, special edition of our festival. It will indeed to a large extent differ from not only the ‘regular’, but also all its previous editions.

Firstly, in our desire to respect the epidemiological measures, but make it possible for as many people to see the films we have prepared, we decided to host the festival at the SC Cinema and &TD Theatre. But since we are limited to only two auditoriums, we had to reduce the volume and screen ‘only’ fifty films.

We decided to screen the entire International and Regional Competition, while among the other sections we choose around twenty films also to be presented to you during the festival.

Apart from one small exception, we didn’t resort to ‘updating’ the programme because we are, on the one hand, certain that we are screening the best selection of 2019/2020 films, but on the other because we want to keep the possibility of screening the finest creative, original films about the recent events open for next year. And this takes time.

One section will nevertheless be broadcasted online – a retrospective of our guest of honour Lucy Walker, who is hosting an accompanying masterclass. Besides, we will have several other events, intended primarily for professionals, as well as those who want to know more about documentary cinema!

Our programme is online on the ZagrebDox website. Check it out and choose the titles at your liking. Because regardless of the fact that the festival is held at the biggest cinema in Croatia, due to the epidemiological measures, the number of seats is limited.

Take care and – see you at ZagrebDox/Special Edition!