One of Us Selected for Docu Rough Cut Boutique Programme

At the upcoming edition of the international documentary and animated film festival DOK Leipzig, as many as five projects that took part at ZagrebDox Pro workshop and Pitching Forum will be presented. 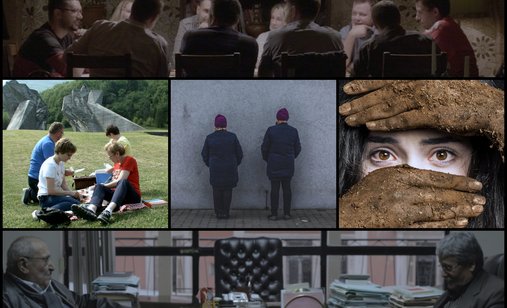 The Polish film by Jaśmina Wójcik (Wajda Studio), which at this year’s edition of ZagrebDox Pro won the ZagrebDox Pro DCP Award, Symphony of the Ursus Factory, is having its world premiere in the Next Masters competition, featuring films by up-and-coming and progressive filmmakers. The official festival selection is also showing two Croatian films, Srbenka by Nebojša Slijepčević, produced by Restart (ZagrebDox Pro 2015), and IKEA for YOU (Croatian Film Association), co-directed by Marija Ratković Vidaković and Dinka Radonić, the 2014 winner of best pitch at ZagrebDox Pro.

The project by Croatian director Đuro Gavran One of Us, this year’s HBO Europe Award winner, will be presented in the part of the programme focusing on projects in development which took part at important European training initiatives – DOK Preview Training. Among the 35 projects to take part in this year’s DOK Co-Pro Market is the Lebanese-German project We Are Inside by Farah Kassem (ZagrebDox Pro 2018).

This year’s, 61st edition of DOK Leipzig takes place from 29 October to 4 November.