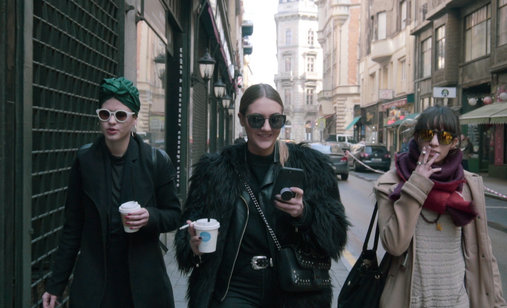 +
Life was not easy on the Divas. At the edge of their adoulthood they got a second chance in a new high-school. During the process until the final exams we understand what’s behind their perfect make-up.

Máté Kőrösi was born in Budapest in 1992. During his film studies at ELTE – Institute for Art Theory and Media Studies he directed short fictional movies which have been screened at Hungarian short film festivals. Currently he is studying documentary filmmaking at the University of Theatre and Fine Arts. His previous short documentary Adults (2018) is a heart-warming story about the director’s relationship with his mother. In the last seven months he has been preparing a new documentary The Divas.

Borbála Csukás graduated in Sociology from Corvinus University. From an early age she has been participating in her family-run production company as a still photographer, production and director’s assistant andlately as producer. Since her graduation she works on different documentary film projects for both Makabor Studio and Elf Pictures. She has participated and pitched her projects at several international workshop as Crossing Boarders - EDN, Dunadock, WEMW, among others.