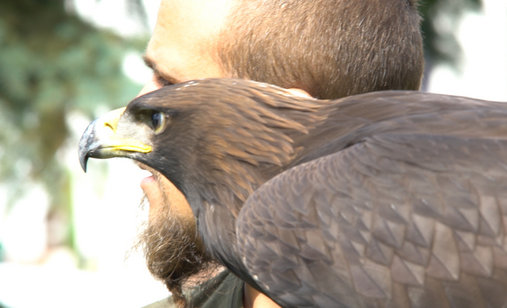 +
Dani and Sandra are living in the middle of the nature. While raising and training hundreds of birds of prey, they learned how to speak the language of the animals, and how to live in harmony with their environment. The film is a dramatic journey, following the everyday's of this unusual family.

Réka Ugron studied Documentary Film Directing at SZFE (University of Theatre and Film Arts, Budapest). During her studies, she made several short films. She worked as video journalist and made web documentaries. Her first feature-length documentary as a director is Soul of the Predators.

László Józsa studied Communications, Political Science and Anglo-Saxon Culture. He worked at Café Film as an agency producer on TV productions and commercials, short films and several documentaries. He has developed a documentary series on the new European mobility titled Leave/Stay. He is also involved in filming social projects and works with a number of NGOs. His first feature-length documentary as a producer, Ultra, was co-produced by HBO Europe was in the selection for the best documentaries for the EFA in 2017.