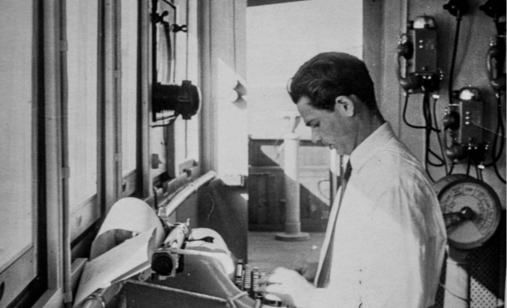 +
What happens if two people, who do not belong together, start a family? A young film director returns to his home in Italy and tries to solve the ancestral conflict in his family, which spreads through three generations of women.

Roccofelice Di Mento was born in 1984 in Italy and in 2007 he moved to Berlin. He holds a bachelor degree in Film Editing from the Konrad Wolf Film University in Babelsberg, where he is currently pursuing a Master’s degree in Documentary Film Directing. His first documentary The Demon, the Flow and Me won the New Berlin Film Award 2016 and was nominated for the Best European Medium-length Film at the Festival du cinéma de Brive, among others. Costantino – Almost Together is his final film for the Master’s degree.

Valeria Venturelli, after graduating in film critique and cultural management, has been pursuing her Master's degree in Film and TV-Production at the Konrad Wolf Film University in Babelsberg. She worked for Berlinale and for DCM Film Distribution, and produced RÅ (dir. Sophia Bösch), which premiered at the Berlinale/Perspektive Deutsches Kino 2018, won the Studio Hamburg Nachwuchspreis, the German Short Film Award 2018 and was screened at over 30 film festivals worldwide. Her second production Off Season (dir. Henning Beckhoff), starring Franziska Petri and Godehard Giese, will have its premiere at Berlinale 2019. Currently, she is working on a short film in co-production with the German TV Channel 3sat.

Antonella Sarubbi is a Master's degree student in Editing at the Konrad Wolf Film University in Babelsberg and a freelance editor of fiction and documentary films, some of them shown at international film festivals such as DOK Leipzig, Berlinale and San Sebastian. She is currently co-editing Costantino – Almost Together, directed by Rocco Di Mento.