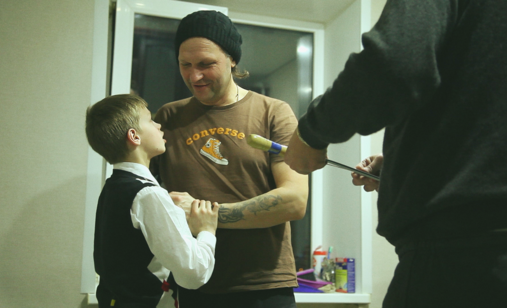 +
Everybody tries to educate orphan boy Artyom, from boarding school tutors to his loving foster father Valera. But is it really possible to change personality and fate of a boy, who, even though he is talented, is raised under the laws of an orphanage?

Vladimir Mikhailovski is a producer based in Belarus. He has studied management and marketing at a Belorussian Technical University. He served as a Director of a theatre Coliseum and he was an administrator in an independent production film company in Dubai. As a producer, Vladimir is currently preparing two documentaries – Artyom’s Upbringing, supported by IDFA Bertha Fund (2017) for development and The Place of Love, the cash award winner for the Best Emerging Project from Current Time TV at East Doc Forum 2018, developed at Ex Oriente Film Workshop in 2017.