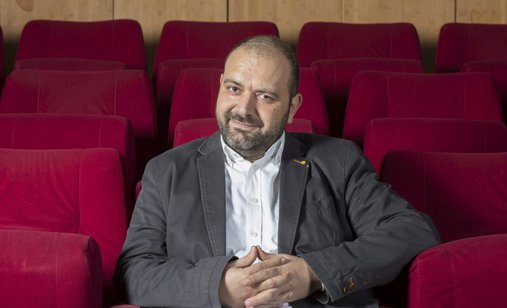 Orwa Nyrabia is a highly acclaimed independent Syrian documentary film producer, filmmaker, trainer, human rights defender and co-founder of DOX BOX International Documentary Film Festival in Syria. Nyrabia worked as an actor and journalist before, in 2004, he started to produce documentary films. He had to flee Syria after political imprisonment and has been living in the recent years in Berlin. He has many credits as a documentary producer, among them Dolls, A Woman from Damascus (2008) by Diana El Jeiroudi, Sundance Grand Jury Award winner, Return to Homs (2013), directed by by Talal Derki, and Silvered Water by Ossama Mohammad (Cannes Official Selection 2014). In January 2018, he became the artistic director of International Documentary Film Festival Amsterdam (IDFA).

In an extended talk with the director of ZagrebDox Nenad Puhovski, IDFA’s Orwa Nyrabia will talk about the responsibilities and challenges of curating the world’s largest documentary film festival and about his plans and aspirations going forward.

“It’s not a frequent occurrence that you get to such a place, to try to make an impact, to advocate for creative expression, and to work with others to help make this more and more visible, and more influential in the world today. I’m talking about documentary film at large now, not just about IDFA.” - Orwa Nyrabia in an interview for International Documentary Association