Case study / Mirjam Wiekenkamp: Does your film need a publicist? 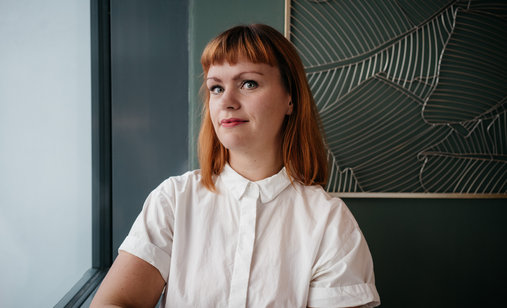 +
Mirjam Wiekenkamp will share her tips, tricks and a sneak peek into the work of a PR agent in the AV industry.

Mirjam Wiekenkamp has been working in film PR since 2008. She founded NOISE Film PR in Amsterdam in 2013 as the international branch of the Dutch company Herrie Film & TV, where she had been working since 2008 and was a partner since 2012, and officially launched the Berlin branch together with Dagny Kleber in 2015. In the last five years, she has represented over 60 filmmakers from all over the world including Kim Longinotto, Nikolaus Geyrhalter, Ruth Beckermann, Roman Bondarchuk, Maite Alberdi, Ramona Diaz and Ivan Osnovikoff and Bettina Perut. Over the year, she works at international film festivals such as the Berlinale, Cannes, Locarno Film Festival, Venice Film Festival, IDFA and the International Film Festival Rotterdam.

In this lecture Mirjam Wiekenkamp will share her tips, tricks and a sneak peek into the work of a PR agent in the AV industry. Because what is it a publicist exactly does? What can you expect from them? How can they help exactly? And isn't that expensive?By having a look at a few case studies, we will answer questions such as: How do you reach your audience? How do you reach out to and handle press? How do you create a social impact with your film? How can you position yourself and your film within the industry? And isn’t that all very expensive?

“When you go to a film school, nobody tells you about the work a publicist does. When the moment comes that your film has been selected for a festival, the question often arises whether or not one should get a publicist. So should you get one? Many people don’t know the added value of a publicist, or what to expect from them. Engaging a publicist from an early stage on can help you position your film clearly, making sure to communicate a clear and unique message. I want to make filmmakers aware of the opportunity people in my profession can offer them.” - Mirjam Wiekenkamp