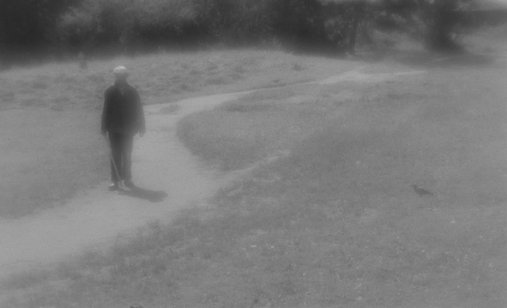 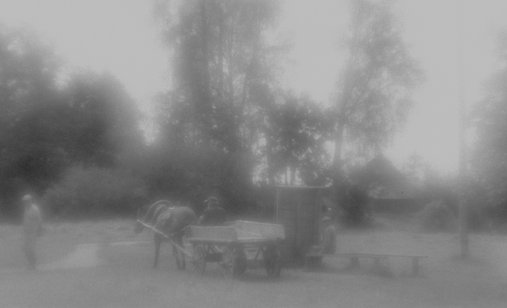 +
A short metaphorical film made while shooting "The Settlement", following a day in the lives of the patients in the institution.

While shooting The Settlement (2011), Sergei Loznitsa also made a short film using a special camera. The images are processed so as to make them appear as if they were taken in the early years of the 20th century. The Settlement has a clear narrative, following a day in the lives of the patients in the institution. The Letter is more metaphorical. The camera moves past the houses and across the fields where the patients work. As the images are all slightly out of focus, they seem like ghosts in a timeless landscape. We hear the sound of cows and of hay being loaded onto a wagon. But the people’s voices are muted, their pain and individuality removed. Here, they are simply patients. In the fall of 2013, the institution was destroyed by fire. Dozens of patients and staff lost their lives.

Filmmaker, editor and screenwriter Sergey Loznitsa was born in 1964 in the city of Baranovitchi, in Belarus. At that time Belarus was part of the Soviet Union. Later Sergei’s family moved to Kiev, Ukraine, where he finished high school and in 1987 graduated with a degree in engineering and mathematics. From 1987 through 1991 Sergey was employed as a scientist at the Institute of Cybernetics. During that time, he developed a strong interest in cinematography, and in 1991 he was admitted to the Russian State Institute of Cinematography, in Moscow. He studied in the studio of Nana Dzhordzhadze and in 1997 graduated with honours with the major in movie production and direction. Loznitsa is considered an extremely multifaceted and productive director, his work includes short films, mid-length films and full-length films – all of them visually stunning and awarded with prizes right from the beginning of his career. Loznitsa is also hard to categorize in terms of film concept: he has presented numerous documentaries – wholly in the tradition of Russian avant-garde documentaries – as well as exemplary feature films. The content of his work ranges from contemporary history themes (including the Second World War, the Soviet era) all the way to everyday observations and portrayals of life in Russia today. His two feature films, My Joy (2010) and In the Fog (2012) had their world premieres at the Festival de Cannes, where In the Fog received the FIPRESCI prize. Loznitsa’s feature-length documentary Maidan (2014), dedicated to the Ukrainian Revolution, premiered at the Festival de Cannes and it was screened at 2015 ZagrebDox. Feature documentary film The Event (2015) revisits dramatic moments of August 1991 in the USSR, a failed coup d’étatattempt (known as Putsch) premiered at Venice Film Festival in 2015. Documentary Austerlitz (2016), nominated for the Best European documentary at European Film Awards 2017, is an observation of the visitors to a memorial site that has been founded on the territory of a former concentration camp. His 2018 documentary Donbass, set in eastern Ukraine where society begins to degrade as the effects of propaganda and manipulation begin to surface in this post-truth era, got Un Certain Regard – Directing Prize at last year's Cannes Film Festival. In 2018 Loznitsa presented two more documentary films: The Trial – archival chronicle of one of the infamous Moscow Trials – at the time, an operatic affair serving to legitimize Stalin’s government, now a timely reminder of the consequences of total authority, and Victory Day, an observational documentary that conveys the power of ideology and nostalgia as it captures the celebration of Victory Day at Berlin's Soviet War Memorial.