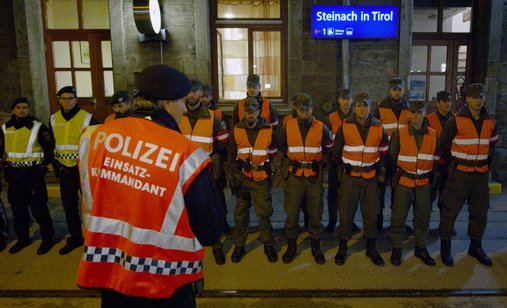 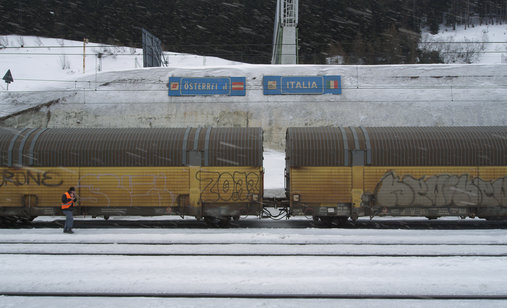 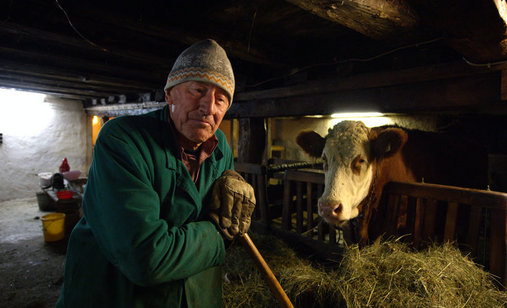 +
Exploring the never-erected border fence intended to stop refugees at Brenner Pass, Geyrhalter's film hints at the absurdity of the border, telling a larger, urgent story about the state of Europe.

With a sharp eye, Nikolaus Geyrhalter explores the few square kilometres around the Brenner Pass. In 2016, this border between Austria and Italy suddenly became the setting for changing EU policy on the refugee crisis. After the closure of the Balkan route, Austria was worried that refugees would flood through the Brenner Pass. So in the spring of 2016, the government announced “construction measures,” a euphemism for putting up a fence. Geyrhalter conducted detailed interviews with local police officers, hikers, farmers, toll collectors and cafe owners, filmed in precisely composed shots. Here in this small border area, we hear a wide range of views, often remarkably balanced, and ranging from covert xenophobia to criticism of the populist government. Geyrhalter respects every opinion and makes no judgments. In his portrait of the locals and their deeply rooted traditions, Geyrhalter also hints at the absurdity of the border, telling a larger, urgent story about the state of Europe.

Nikolaus Geyrhalter is director, producer, writer and cinematographer, born in Vienna, Austria in 1972. Geyrhalter’s static-camera, well-paced observational films tackle their subjects head-on, whether it’s exploring the terrain in Chernobyl, Ukraine (Pripyat), tracing the route of the Dakar Rally (7915 Km), or investigating the production of processed foods (Our Daily Bread).At the age of 22, Geyrhalter started his own production company, Nikolaus Geyrhalter Filmproduktion (NGF). He made his first film, Eisenerz, in 1992. Two years later, Geyrhalter shot his first documentary, Washed Ashore (Angeschwemmt). Audiences, jurors, and critics took notice of Geyrhalter with Pripyat (1999), which won the SCAM Award at the Cinéma du Réel Festival and the Grand Prize at Diagonale Graz. He followed Pripyat with the epic four-hour globe-hopping documentary, Elsewhere (2001). The film screened at Thessaloniki Documentary Festival, the Toronto International Film Festival, the Jihlava Film Festival, and won a Special Jury Award at the IDFA. His next feature, Our Daily Bread (2005), won a Special Jury Award at IDFA as well. In the following decade, Geyrhalter examined night labor in Europe with Abendland (2011) and landscapes of urban decay across the world in Homo Sapiens (2016). The latter film played at the Berlinale Forum, the Hong Kong International Film Festival, the Cinéma du Réel Festival, the Edinburgh International Film Festival, Karlovy Vary International Film Festival, and the Viennale. In 2015, Berlin’s Arsenal Cinema programmed a retrospective dedicated to his work. The 38th Cinéma du Réel Festival programmed a sidebar on his documentaries. ZagrebDox is following Geyrhalter’s work by screening almost all of his films he made in the last decade, e.g. Our Daily Bread, Allentsteig, Danube Hospital and Abendland, as well as screening a special retrospective program in 2017.