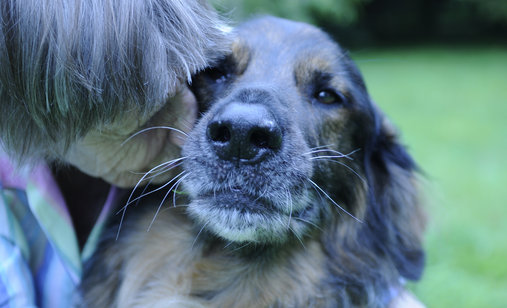 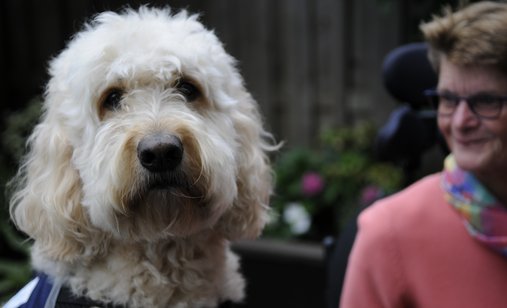 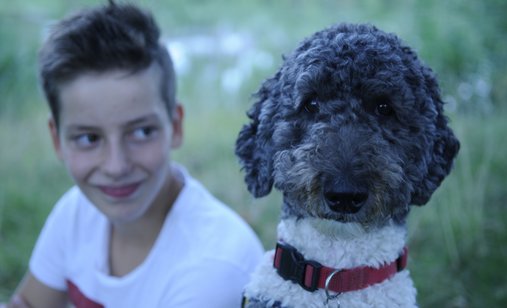 +
Heddy Honigmann explores the close bond between animal and human in this moving portrait of guide dogs and their owners.

In this poignant and carefully composed portrait of six guide dogs and their owners, the director explores the close bond between animal and human. One of the owners is a now 86-year-old blind woman who reflects on all the dogs that have been at her side since she was 21. There are pictures of most of her dogs on the wall, though she will never see them herself. An autistic boy explains how his loyal friend Utah can tell when he is upset. The wife of a war veteran suffering from PTSD explains that the guide dog Mister is probably the reason they are still together. Honigmann questions the owners with genuine concern rooted in a deep trust – about what the animals mean to them. Is it love, loyalty or simply a working relationship?

Heddy Honigmann was born in 1951 in Lima, Peru, where she studied biology and literature at the University of Lima. She left Peru in 1973, traveled throughout Mexico, Israel, Spain and France, and studied film at the Centro Sperimentale di Cinematografia in Rome. She has received major awards for her films and career honors such as the Living Legend Award at IDFA, the Hot Docs Outstanding Achievement Award and the award for her Contribution to the Art of Documentary Filmmaking at the Thessaloniki Film Festival. She has also been lecturing in master classes, seminars and workshops in Berlin, Rome, Beijing and Netherlands.