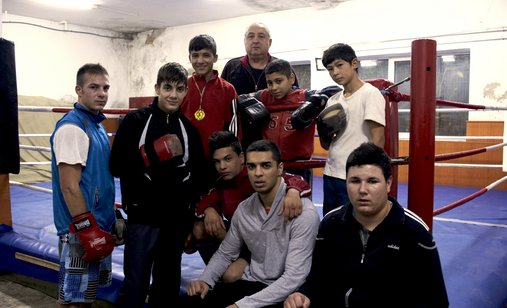 +
After being betrayed by the one he forged into a boxing World Champion, Dobre, a veteran boxing coach, devotes himself to train his new pupil Caisă. He must leave with the fear of being abandoned again.

The film begins with images broadcasted in early 2000s – a Romanian boxer, Vasile Dragomir, becomes the world champion. In the background, we see the boxer's coach, Dumitru Dobre, overwhelmed with joy at his pupil’s victory. In the present day, we again meet Dobre, now an elderly, rotund trainer and we soon come to understand that Dragomir rejected him as soon as he became famous. Currently an enemy of the Romanian boxing federation, Dobre spends his days training underprivileged teenagers, among which is young Cristian (nicknamed Caisă, which in Romanian means “apricot”). Is Dobre right in thinking that his new pupil may be the next big thing in Romanian boxing?

Alexandru Mavrodineanu is a director and producer currently based in Bucharest. After graduating from high school, he moved to Berlin where he completed his studies in 1998 and started working as a camera operator for a broadcast company specialized in documentaries produced for Arte, Sat 1, Pro 7, RAI 1, BBC, CNN, etc. After returning to Romania, he shifted from filming to directing. His short fiction films The Box Lesson and Music in the Blood propelled him on the list of the up-and-coming talents in Romanian cinema. His feature length directorial debut came in 2014 with documentary The Birdman. His latest documentary is Caisă (2018).