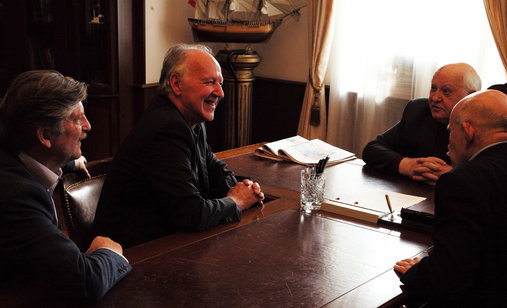 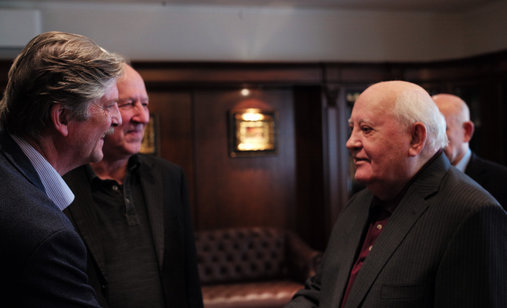 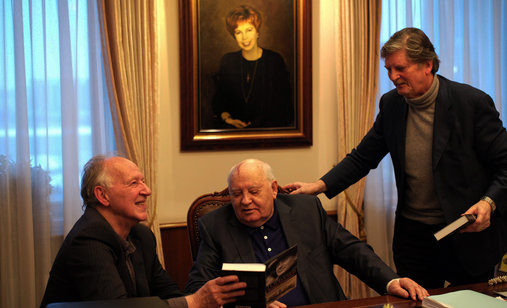 +
Werner Herzog meeting Mikhail Gorbachev opens a fresh door to some of the most significant happenings of the late 20th century, from nuclear disarmament to the unification of Germany.

It also puts into perspective today’s era of populist political leadership. Herzog and Gorbachev meet three times over a six-month period, and although the last President of the Soviet Union is an ailing man, his mind is sharp. His warmth and humor, and Herzog’s ability to tackle unexpected and personal areas of his life, make the encounters engaging, insightful, moving and important.

Werner Herzog was born in 1942 in München, Germany. He is a prominent figure of the New German Cinema. His films often feature ambitious protagonists with impossible dreams, people with unique talents in obscure fields, or individuals who are in conflict with nature. He studied History and German Literature. He made his first film in 1961 at the age of 19. Since then he has produced, written, and directed seventy award winning feature and documentary films, many of them screened at ZagrebDox festival: Meeting Gorbachev (2018), Cave of Forgotten Dreams (2011), Into the Abyss (2011), Encounters At the End of the World (2007), Grizzly Man (2005), The Wild Blue Yonder (2005), The White Diamond (2004), Invincible (2000), My Best Fiend (1999), Little Dieter Needs to Fly (1997), Lessons of Darkness (1992), Fitzcarraldo (1982), Nosferatu (1978), Aguirre, The Wrath Of God (1972). Werner Herzog has published more than a dozen books of prose, and directed as many operas.

André Singer was born in 1945 in London. He has had a long and distinguished career as both filmmaker and anthropologist. For the BBC, he founded the documentary series Fine Cut where he met and worked with filmmakers such as Jean Rouch, Fred Wiseman, DA Pennebaker and Vikram Jayanti. He has been working on fourteen of Werner’s films. As an Executive Producer and through his company Spring Films in London, he worked on Josh Oppenheimer’s films The Act of Killing and The Look of Silence. As a director he was awarded the Peabody and Emmy for his film Night Will Fall, and last year completed an antinuclear film Where the Wind Blew.