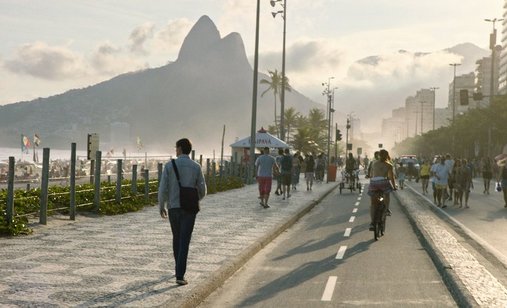 This year’s first masterclass, focusing on the production of low-budget docu-fiction films and his own directing method, will be held at ZagrebDox Pro by one of the most prominent documentary filmmakers in the region Želimir Žilnik, also this year’s jury member. The 15th ZagrebDox will screen his recent film Among the People – Life and Acting, made for the exhibition Shadow Citizens, about 50 years of this director’s work. The masterclass and the film screening are scheduled for 4pm to 7pm (theatre 3).

Also open to the public will be the central ZagrebDox pro event, the Pitching Forum, scheduled for 10am to 4pm (theatre 3). Following a four-day workshop, this year’s ZagrebDox Pro participants will present their projects to the members of the international panel.

Q&A sessions in regional competition open with two female directors. After the screening of I Had a Dream (7pm, theatre 1), the winner of three DOK Leipzig awards and an important tale of the position of women on the Italian political scene, a Q&A with director Claudia Tosi will follow. Also her film Separation, Vivid Dreams (9pm, theatre 2), a personal trip down memory lane, will be presented by Montenegrin director Bojana Radulović.

ZagrebDox Thursday also features a screening of Factum’s film iIsland at 7pm (theatre 2), followed by a Q&A with director Miha Čelar. This is a story about the remote Adriatic island of Biševo, where the last 13 islanders are trying to establish a city council to become a legal entity, which might help them to survive in the future.

The retrospective programme, this year dedicated to Ukrainian director Sergei Loznitsa, one of the most daring and creative documentarians of today and a fierce critic of Russian policies, begins at 6pm (theatre 4) with two titles. A Letter, about patients in a mental institution in the Russian rural area, and The Event, one of Loznitsa’s most famous and award-winning films, about the failed coup in Moscow in 1991 and its impact on the citizens of Leningrad. The retrospective continues at 9pm (theatre1) with a screening of his latest documentary The Trial based on the recordings of a public political trial in Moscow in 1930, which foreran Stalin’s purges.

At 8pm (theatre 3), after the film Where Are You, João Gilberto?, taking the audience to the streets of Rio in search of the bossa nova icon, director Georges Gachot will have a chat with the audience. The screening will be followed by a special musical event Dox Bossa Nova night and a performance of the female vocal band Bossa Banda at 9.30pm at Kaptol Centre’s Wow bar.

State of Affairs films provide a sneak preview into new and interesting perspectives to many social phenomena, and at 5pm we will be watching Women with Gunpowder Earring (theatre 2) by Iranian director Reza Farahmand, about a brave reporter entering the liberated but still dangerous area in North Iraq and meeting those rarely think about in this context – the terrorists’ families, women and children surrounded by the smell of gunpowder and sounds of explosions.

At 8pm (theatre 4), check out one completely different documentary, Braguino, by the versatile French visual artist and director Clément Cogitore, taking us to the centre of the Russian taiga, 700 kilometres off the first town, where we meet to feuding families, the Braguines and the Killines, in a dreamy wilderness. The programme ends at 10pm (theatre 3) with a screening of Yellow Is Forbidden, by the New Zealand filmmaker Pietra Brettkelly, introducing fashion designer Guo Pei, the symbol of the ‘new China’ and witnessing the paradoxical fashion world in the famous East vs. West dichotomy.