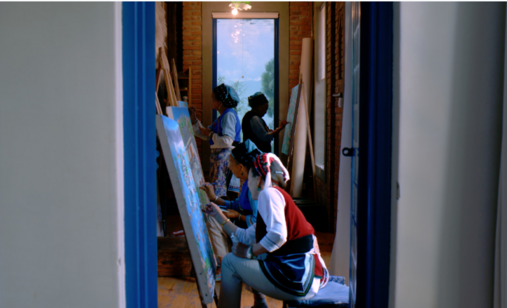 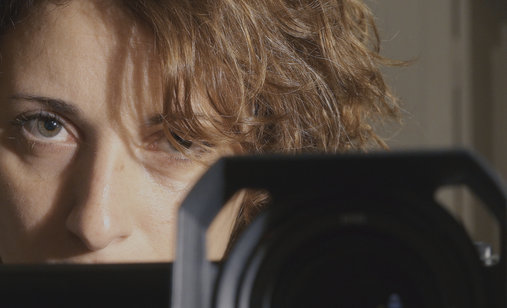 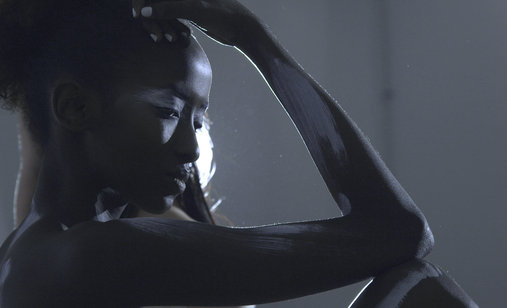 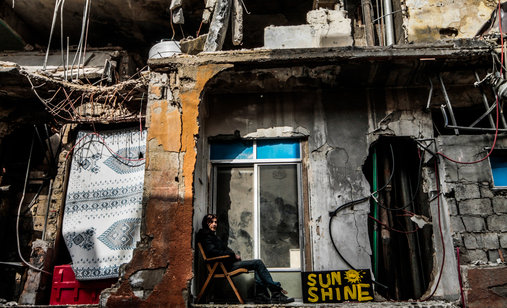 At the official award ceremony which took place on Saturday afternoon in Kaptol Boutique Cinema (Kaptol Centre, Zagreb), the award-winning films of the 15th edition of ZagrebDox were honoured.

Big Stamp for the best film in international competition went to the Chinese film Up the Mountain by Yang Zhang. Their statement said: “The film captivates with its visual beauty and directing skills, introduces us into the life of a remote community, depicting celebrations, grief, birth and death, spectacular parties and intimate conversations. We can rightfully say that each shot in this film is like a painting, a glorious meditation about true values in life.” The international jury also presented two special mentions: to the film Minding the Gap by American director Bing Liu and My Unknown Soldier by Ukrainian director Anna Kryvenko.

Big Stamp for the best regional competition film went to the film Una Primavera by Valentina Primavera, an Austrian-Italian-German co-production. The jury said in their statement: “Our winning film is a very personal insight in to domestic abuse, and a great example of a filmmaker turning their camera on their own dysfunctional family to produce a work so intimate and warm whilst making a bigger statement about the systemic issue of patriarchal violence and coercion. The documentary’s central character is a 60-year-old woman who after 40 years of marriage, is not afraid to boldly start her life all over again, and her daughter’s filmmaking is just as bold.” The regional jury also gave two special mentions: to the Croatian film In the Name of the Republic of Croatia by Goran Dević and 4 Years in 10 Minutes by Mladen Kovačević.

Little Stamp for best film by an author up to 35 years of age went to the film Still Recording by Saeed Al Batal and Ghiath Ayoub, a co-production of five countries: Lebanon, Syria, France, Qatar and Germany. The jury statement says: “The main award the Little Stamp goes to an honest inside story from hell. With camera as a weapon, film's protagonists overcome fear and send out the truth while maintaining friendship and unity in the midst of the ruins of Syria.” The young jury also gave two special mentions: to the Hungarian film Easy Lessons by Dorottya Zurbó and the Serbian film Taurunum Boy by Jelena Maksimović and Dušan Grubin.

At this year’s ZagrebDox, the FIPRESCI Award was presented for the second time. The jury of the International Film Critics Federation consisted of the Croatian film critic Dragan Jurak, film critic from Belarus Irena Kotelovich and Italian film critic Roberto Tirapelle, and the award went to the Italian film Stories of the Half-Light by Luca Magi. “Every story is a novel, a film, a catastrophe. For its style, depth and ability to say a lot through very cinematic language, dramatic but also gentle, sharp but mellow manner FIPRESCI prize goes to Stories of the Half-Light,” said the jury statement.

The Movies that Matter jury consisted of political scientist and activist Sara Kekuš, Georgian director Rati Oneli and Animateka Ljubljana director Igor Prassel. The jury members gave the award for the film that best promotes human rights to the Hungarian film Easy Lessons, directed by Dorottya Zurbó, with the following statement: “Easy Lessons is a strong personal story of a young Somali refugee finding herself in Hungary. Excellent dramaturgy and editing underscore the significance of Kafia’s lonely journey. Through nuancedly layered personal story about identity, acceptance and finding a new home, we glimpse universal questions and lessons about finding your place in the world, when you cannot return to the place you call home. Despite the gravity of situation and hard choices, the resilience, strength and lightness of her spirit make all these difficult obstacles feel like easy lessons. We were impressed by her persistence in trying to find humanity in the world where she lost everything.” Special mentions in the Movies That Matter category went to the German-British-Australian film Island of the Hungry Ghosts directed by Gabrielle Brady and On Her Shoulders by Alexandria Bombach.

The Teen Dox Award for the best film about youth issues went to the American film Science Fair by Cristina Constantini and Darren Foster. The jury comprised students from the School of Graphic Design and Media Production in Zagreb. “This film surprised and impressed us with all of its segments. From extremely good production to the structure of the story. All the characters in the film are different, but equally represented. All of their stories contributed to the depth of the film and this depth conveyed the emotions that immersed us deep into this film. The film made us yearn for new knowledge and learning, which is a very difficult task since the ten of us are teenagers. We are very surprised with the quality of all the films we saw, but Science Fair won our hearts,” said the jury statement.

The Honorary Stamp for long professional collaboration, friendship and support to ZagrebDox,went to Tue Steen Müller and Hrvoje Hribar. “Celebrating the festival’s 15th birthday, ZagrebDox wishes to say thank you to all those who helped us grow, evolve and persevere over the course of all these years. Thanking everyone, literally hundreds of them who, one way or another, built a part of themselves into our festival is practically impossible. Therefore we decided to say a symbolical thank you and give the Honorary Stamp to just two of them – one Croatian and one international documentary scene representative.

Our first choice is Mr Tue Steen Müller, a friend and supporter of our festival from the very beginning. Its role is probably best described by the fact that at the very first ZagrebDox, in 2005, he played three roles – a jury member, a Danish documentary selection curator, and a documentary project workshop coordinator. His involvement continued in the years to come. By thanking Tue, we also thank the European Documentary Network, the umbrella organisation of European documentary filmmakers. Tue is one of its founders and the first managing director, and the network also helped our festival a great deal.

The second Honorary Stamp goes to Hrvoje Hribar, a director and former Croatian Audiovisual Centre managing director, primarily because of the fact that his understanding, knowledge and passion made a great impact on the establishment of documentary film’s position in Croatia, in all its development, production and presentation stages. Naturally, this honour, like in the previous case, goes to the Croatian Audiovisual Centre and all its employees whose joint effort helped stabilise, evolve and maintain Croatian documentary production even when it was not easy,” said Nenad Puhovski.

The best project of this year’s edition of ZagrebDox Pro training programme, according to the joint decision of all the panellists is the Hungarian project Raising Predators by Réka Ugron and producer Lászlo Józs, who won the ZagrebDox Pro DCP Award. The ZagrebDox Pro Online Mentor Award went to director Anđelka Vujinović and the co-author and DoP Mija Mujović for the project 4 Goodnight Stories. The HBO Europe Award, a diploma and 2000 euro went to the Serbian-Croatian project Museum of the Revolution by Srđan Keča, presented by the co-producer Vanja Jambrović.

The winner of the HT Audience Award will be known on Saturday night after all the screenings in international and regional competition and presented on Sunday, 3 March at 8pm.

The 15th edition of ZagrebDox screened over 100 films in 16 programme sections. The festival was attended by over 150 guests from all over the world and many screenings were full to capacity. On Sunday, 3 March, the audience will have a chance to see extra screenings of the most popular festival titles, and The Best of Fest screens all the award-winning titles of this year’s festival edition. Ticket price for The Best of Fest on Sunday, 3 March for all the six screenings in one theatre is 65 kuna and 20 kuna for individual screenings. Tickets canbe purchased only at the Kaptol Boutique Cinema box office.