Feel That Pärt Feeling, take a peek into the centre of hedonism in the seventies, Studio 54, take off to Brazil in search of the legend of bossa nova, JoãoGilberto, and discover mantra as a social phenomenon 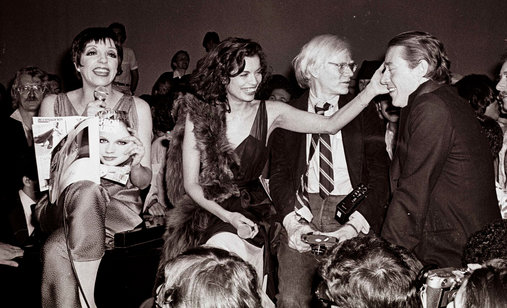 Musical Globe, ZagrebDox’s popular official section, this year again includes six outstanding musical documentaries which you shouldn’t miss if you love good movies and music. From the musical genius Arvo Pärt and the backstage story of the charismatic world mezzosoprano Cecilia Bartoli, to the superpopular and scandalous Studio 54, to the torrid streets of Rio de Janeiro and the seductive Brazilian bossa nova rhythm, this year’s Musical Globe also explores the healing power of mantra and its vibrations and brings the story about a small Columbian all-female band.

Musical Globe features the world premiere of the documentary film That Pärt Feeling by Paul Hegeman, introducing us into the life and work of the most performed living composer in the world. Arvo Pärt is known for his minimal style and use of his own composing technique called tintinnabuli, as well as his secluded personality. In the film we see Pärt as a composer who infuses his works with incredible sensitivity, humour and energy. We discover that the great artist is not accustomed to communicating with words and his appearance, but rather with music, and he writes down his thought and feelings in notes. The film is centred around Pärt’s intense collaboration with the Amsterdam cello orchestra.Another documentary focuses on classical music: mezzosoprano Cecilia Bartoli takes us behind the scenes of her performances in the most prestigious spectacles at the most renowned theatres across Europe in the namesake film by Fabio De Luca. She is joined by other outstanding musicians like pianist Daniel Baremboim, conductors Gustavo Dudamel and Antonio Pappano, pianist Martha Argerich and countertenor Philippe Jaroussky, with whom Bartoli fosters a relationship based on exceptional professionality, friendship and compassion.

The focus of Studio 54 is the phenomenon of the NYC club that was the hub of 70s hedonism and transgression, a magnet for glamorous celebrities, casual sex, loads of cocaine and a shelter for social outcasts and queer crew. Day and night it gathered people like Andy Warhol, Mick Jagger and Liza Minelli, all until one day Studio 54 was closed forever. Director Matt Tyrnauer portrays the rise and fall of the founders, two best friends from Brooklyn, Ian Schrager and Steve Rubello.

A different collective music experience comes with the film Pilas by Spanish director Lorena Cervera, about a small Columbian female band, and French director Georges Gachot in the documentary Where are you, João Gilberto?, in a manner of noir film and detective fiction, takes the spectators to the hot streets of Rio and the seductive Brazilian rhythm in search of the musical legend João Gilberto. All this to penetrate deep in the history and soul of bossa nova. The film was also screened at Visions du Réel.

Mantra – Sounds into Silence by Georgia Wiss explores new music genres and mantra as an element of spiritual practices and meditation, but also as a social phenomenon bringing people together. In the film we hear from the people to whom it brought peace and changed life. Deva Premal & Miten, Krishna Das, Snatam Kaur are only some of the people practicing mantra. This is not a film about religion, but rather about spirituality and man’s connection with himself and others.

Also, several documentaries about music will be screened in other festival sections. In Famous on Famous we will be watching The King – a musical journey across America by the double Sundance jury grand prix winner Eugene Jarecki, and a story about ups and down of Elvis Presley. Biography Dox features a documentary Kate Nash: Underestimate the Girl about the British singer-songwriter and pop star Kate Nash who decided to stand up against hyperproduction and remain independent. The Artist & The Pervert is the title we will watching in Controversial Dox. The film portrays Georg F. Haas, the famous symphony music composer and his wife, a trainer in perversions, and paints a picture of their life as they balance between perversion, art, love and radical choices.