After an eventful Saturday and the festival peak with the award ceremony, the popular Dox continues on Sunday with a line-up of award-winning films The Best of Fest and Kusturica’s documentary El Pepe, a Supreme Life 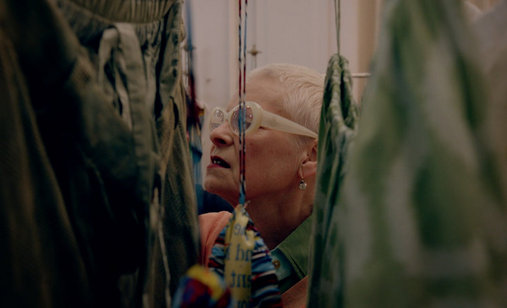 Saturday brings three Q&A sessions. At 3pm (theatre 2), after the screening of 4 Years in 10 Minutes, a film about the first Serbian mountaineer who climbed Mount Everest, we will be interviewing director Mladen Kovačević. Director Jelena Maksimović will introduce herself after the screening of Taurunum Boy (5pm, theatre 1) about the growing up of boys in Zemun, which she directed together with Dušan Grubin.

British director and former model Lorna Tucker in the film Westwood: Punk, Icon, Activist portrays one of the true fashion icons of our time, the provocative, environmentally friendly and avant-garde artist – Vivienne Westwood. The film is scheduled for 7pm (theatre 2), followed by a Q&A with the director.

This year’s last edition of ZagrebDoXXL focuses on Entrepreneurship – Corporate or Traditional? (8pm, theatre 4) follows the screening of The Entrepreneur by Finnish documentarian Virpi Suutari in the Happy Dox section. The discussion aims to explore the possibilities and future of different forms of entrepreneurship and the speakers are Croatian entrepreneurs Marijan Butković (OPG Kliconoša) and Stevica Kuharski (package Uber – Locodels).

The 15th ZagrebDox award ceremony is scheduled for Saturday (6.30pm, theatre 3). The winners of the official festival awards will be announced: Big Stamp in international and regional competition and Little Stamp (for the best film by an author up to 35 years of age). The special awards will also be presented:  Movies That Matter, Teen Dox Jury Award, and FIPRESCI Award, and the founder and director of ZagrebDox Nenad Puhovski will present My Generation Award and ZagrebDox honorary stamps.

Saturday features several recent titles from all over the world: at 1pm (theatre 5) we will be watching Olivier Meyroux’s film Celebration, about the last fashion show of one of the greatest Parisian designers Yves Saint Laurent, and Georgi Wyss will acquaint us with a new music genre and social phenomenon of common mantra singing in the film Mantra – Sounds into Silence at 4pm (theatre 4).

The documentary film Meeting Gorbachev by the famous director Werner Herzog is scheduled for 8pm (theatre 3) and the film by famous Peter Jackson They Shall Not Grow Old, an incredible portrayal of soldiers and events from World War I, using restored materials and coloured archive materials, mostly unseen recordings, is scheduled for 9pm (theatre 1) in a 3D screening.

The film programme ends with screenings at 10pm. Border Fence – the new film by the famous Austrian documentary filmmaker Nikolaus Geyrhalter about the state of Europe today and the absurdity of its borders is screened in theatre 3, and Amy Goldstein’s title Kate Nash – Underestimate the Girl, an intimate portrayal of the former pop sensation who gave up money and fame to speak honestly about discrimination in the music industry in screened in theatre 4.

After a week of amazing documentaries – party time! The 15th ZagrebDox birthday party takes place at Vinyl bar (Bogovićeva 3) at 9pm. Entrance is free and Vinyl’s resident DJ Denna M with the DJ set Gospoda i pustolovi will be there to take you on a musical trip. The last day of the festival, on Sunday, 3 March, in The Best of Fest, from 12am to 10pm we will be watching all the award-winning films of this year’s ZagrebDox. Ticket price for all the six screenings in one theatre is 65 kuna, and for individual screenings 20 kuna. The screening schedule will be published on Saturday, after the award ceremony.

In addition to award-winning film, ZagrebDox Sunday is also a day for extra screenings of the most popular films, making it possible for the audience to enjoy extra screenings of select documentary titles from different programme sections. At 12am, German director Florian Opitz’s film System Error is screened; at 2pm, the Musical Globe entry Where Are You, João Gilberto? follows, directed by the French filmmaker Georges Gachot; and 4pm check out famous Wim Wenders’s film Pope Francis, a Man of His Word; this year’s Oscar winner in the best documentary film category – Free Solo is scheduled for 6pm, and an extra screening of Studio 54 by Matt Tyrnauer takes place at 11pm.

All these films will be screened in theatre 1, and the ticket price of extra screenings is 28 kuna. The documentary film by Emir Kusturica El Pepe, a Supreme Life premieres in Croatia on Sunday at 8pm (theatre 1). In the film Kusturica explores what makes the last Uruguayan president, a political activist, former guerrilla fighter and Latin American leftist José ‘Pepe’ Mujica truly unique.