Find out who will decide the winners of this year's edition of ZagrebDox. 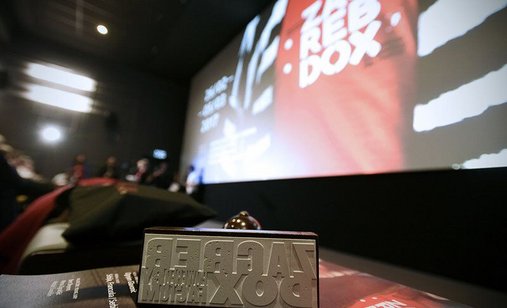 The winner of the Big Stamp in international competition will be decided by the ZagrebDox’s international jury consisting of acclaimed Serbian director Želimir Žilnik, Danish film advisor and critic Tue Steen Müller and the jury chair, Croatian director Nebojša Slijepčević.

All three members have numerous ties with ZagrebDox: ZagrebDox presented Žilnik's films Pirika on Film and Europe Next Door, the latter winning the Big Stamp, Nebojša Slijepčević won the ex aequo audience award for Direct (40): No Dad at the first edition of the festival, was a festival jury member, and his film Gangster of Love opened the 2013 festival edition and even won the HT Audience Award. Tue Steen Müller has also been with ZagrebDox since the very first edition: an international jury member in 2005, and many times a programmer, speaker and ZagrebDox Pro workshop mentor.

The Young Jury, deciding on the Little Stamp winner for the best film by an author up to 35 years of age, consists of Serbian director Marko Grba Singh, Croatian director Zorko Sirotić and Danish director Christian Sønderby Jepsen.

Next to the official awards, including the HT Audience Award, ZagrebDox presents a series of special awards. The Movies That Matter Award to the film that best promotes human rights is decided by the jury consisting of: Georgian director Rati Oneli, Ljubljana’s Animateka director Igor Prassel, and political scientist and activist Sara Kekuš.