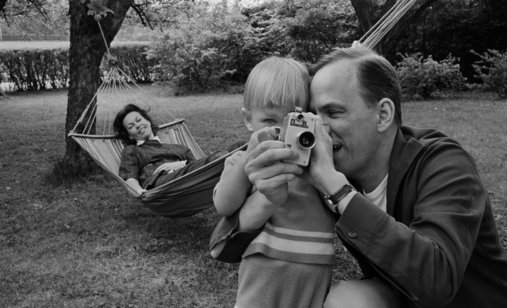 In the films included in ZagrebDox’s (24/2 - 3/3, Kaptol Boutique Cinema) special programme Famous on Famous some of the most prominent filmmakers and documentary authors of today turn their cameras to the famous and charismatic personalities in the contemporary world of politics, religion, culture and society.

Wim Wenders, a documentary ‘specialist’ in artists and celebrities (Buena Vista Social Club, 1999; Pina, 2011; Salt of the Earth, 2014) portrays in his latest biopic Pope Francis – A Man of His Word the current leader of the Catholic Church. The author gives the Pope a chance to speak directly to the audience and expound his views on the burning issues of today’s society and the Church he is trying to reform.

Mikhail Gorbachev, the last president of the Soviet Union, the controversial ‘architect’ of Perestroika and glasnost, is in the focus of Meeting Gorbachev, the latest documentary film by the famous German director Werner Herzog. Armed with wit, irony and nonchalance, Herzog speaks with the retired statesman and charmer in an office in Moscow.

Bergman’s 100th birthday engendered another important film dedicated to the most famous Swedish director. Searching for Ingmar Bergman is a personal homage by the great representative of new German cinema Margarethe von Trotta. It is interesting to see how after four decades of career in fiction the famous director tackles documentary form for the first time and how she copes with the challenge to say something new about a classic.

Two times the winner of Sundance, Eugene Jarecki in The King drives across the US in Elvis Presley’s original Rolls Royce ahead of the 2016 presidential election and discusses with many celebrities what is left of the myth of the American dream 40 years after the King’s death and the values America embodies today.

An iconic car plays an important role in the life of the former Uruguayan president, the nice José ‘Pepe’ Mujica, a modest farmer who lives a simple life on a flower farm and drives to work in an old Beetle, his most valuable possession. El Pepe, una vida suprema by Emir Kusturica is another must-see title in the section Famous on Famous.