From Absurdity of Global Economy, to Infinite Growth Illusion, to Cheap Money and Modern-day Obsession of Wealth. 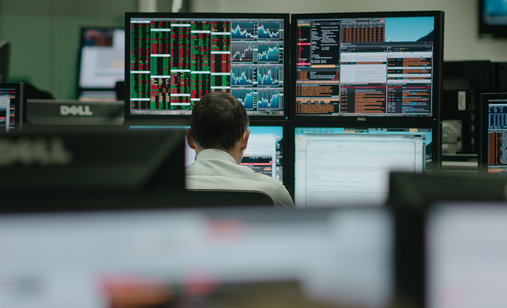 Among the many documentary film to be screened from 24 February to 3 March at Kaptol Boutique Cinema at 15th ZagrebDox are films questioning the models and values of modern-day capitalism. An insight into the connection between traditional business culture and new economy, the materialistic world of ‘high society’ and the obsession with economic growth are the stories to help us understand the economic and social system we live in.

System Error by Florian Opitz (State of Affairs), the winner of the German national LOLA prize, is analysing the obsession of politicians, economists and media with economic growth and sparks a discussion about why we keep sticking to this concept when it is clear that it is impossible to achieve infinite growth. The director speaks with a series of experts from the field of economy and finance. One of them is Norbert Räth, the leading statistician for GDP in Germany, and Anthony Scaramucci, Donald Trump’s former White House head of communications. Filmed in Brazil, China, Germany, United Kingdom and USA, the film opens up a new perspective of the capitalist system, unmasks its relationships and pathological nature and re-examines the principles of Karl Marx’s capitalism analysts.

The protagonists of Entrepreneur (Happy Dox) are Finnish entrepreneurs who act in two completely different worlds. Director Virpi Suutari, the winner of the 2015 ZagrebDox Special Mention for Garden Lovers, this time presents two entrepreneurs working in the modern-day corporate system and a family living out of town, following some other, seemingly obsolete principles of money-making. The film was screened at important festivals around the world, such as IDFA, Visions du Réel, HotDocs, Gothenburg and many others, garnering several important awards.

The famous director Lauren Greenfield, whose film The Queen of Versailles won many honours and whose work ZagrebDox has continually followed, goes back to the issue of ‘cheap money’, portraying the member of ‘high class’ across the world and questioning materialism, celebrity culture and fake glamour. In Generation Wealth (State of Affairs) Greenfield is trying to find out the roots of the contemporary obsession with wealth. Among the personal testimonies of rich men, starlets and celebrities is Florian Homm, known as the ‘Antichrist of the financial world’, who lives in exile in Germany to avoid 225 years is US prison. The film opened the 2018 edition of Sundance and was also screened at Berlinale, SXSW, CPH:DOX and other festivals.

In the middle of Styrian forest, pines are cut and made into wooden planks, which are then transported far to the Brazilian Amazonia. The trade route between South America and Europe is usual for raw materials, but in the other direction. Daniel Zimmerman’s meditative film Walden (Slow Dox) is a subtle comment on the absurdity of global economy and an ironic reference to Henry David Thoreau’s classic, in which the director pans every part of the timber route from Austria to the final destination. The film won awards at festivals in Karlovy Vary and Zurich.

The penetration of capitalism into post-socialist societies is marvellously examined by Jaśmine Wójcik in Symphony of the Ursus Factory (International Competition). Through a choreographed re-enactment of one work day in the Polish Ursus factory, a former biggest manufacturer of agricultural equipment in Europe, the director depicts the process of economic transition, Europeisation and globalisation.

How the Earth faces and struggles with the process of globalisation, environmental issues, exploitation of resources and modern industrial society is the focus of Susan Kucera and the narrator, the famous Oscar winner Jeff Bridges, in the award-winning film Living in the Future’s Past (State of Affairs).