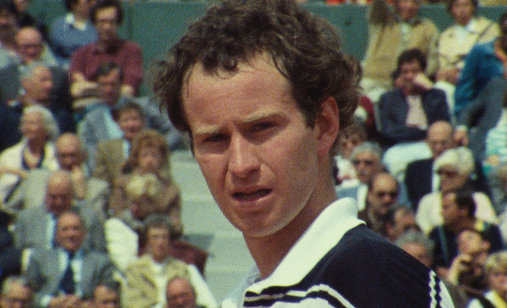 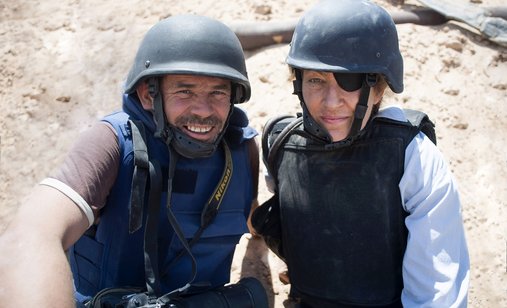 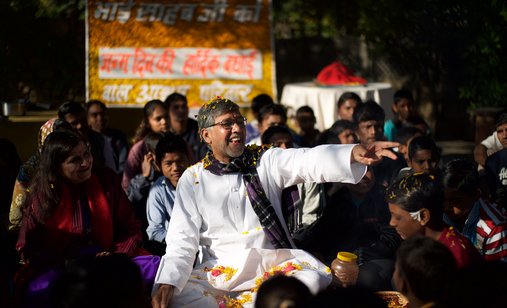 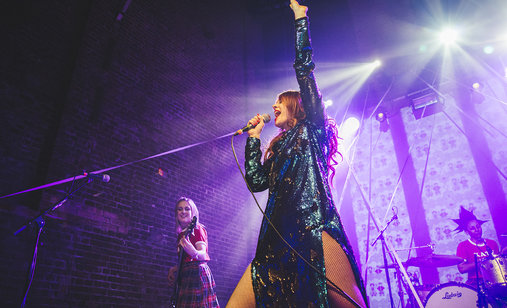 The entries in the official Biography Dox section provide the audience with an interesting insight into the lives of exceptional individuals whose accomplishments, bravery or activism have inspired people across the globe. This year we will take a closer look at two athletic geniuses: the tennis icon John McEnroe, portrayed up close and personal by a completely different sports documentary, and the climber Alex Honnold, the protagonist of a film about one of the most dangerous endeavours in the history of climbing. Two films focus on courageous women: war reporter Marie Colvin is introduced in a documentary following her last mission, and one of the titles will reveal what happened with the former pop sensation Kate Nash. The selection also features a film about the Indian Nobel Prize winner and relentless activist for children’s rights Kailash Satyarthi.

John McEnroe: In the Realm of Perfection by French filmmaker Julien Faraut is a vibrant up close and personal look at the tennis legend John McEnroe in the eighties, at the peak of his career. At the same time, it is an interesting study of sport, human body and movement. The close-up shots filmed from different angles, slow motions and 16 mm footage from the National Sports Archive, as well as an interesting visual analysis of the 1984 French Open finals between left-handed John McEnroe and Ivan Lendl, create a unique documentary portrayal of the quarrelsome genius.

The British documentary Under the Wire, directed by Chris Martin, is a story about the last, fatal mission of the distinguished British Sunday Times war reporter Marie Colvin, but also a testimony of the atrocities brave journalists experience across the world in their quest for the truth. In February 2012 Marie Colvin arrived in Syria, accompanied by photographer Paul Conroy to report about the fate of the civilians captured in Homs, besieged by the Syrian army. Marie never returned from the mission, and this documentary, based on Paul Conroy’s namesake book, is a story about her last days.

The Price of Free by director Derek Doneen and producer Davis Guggenheim (Waiting for Superman, An Inconvenient Truth), honoured as the best American documentary at Sundance in 2018, is an interesting insight into the efforts of one man to eradicate child labour. It follows Kailash Satyarthi, a children’s rights activist and his team in a series of actions across the world. As a young man, Satyarthi left a promising career in engineering to establish Bachao Andolan (save childhood movement). Over the course of several decades in India, he saved an estimated 87,000 children and is the founder of one of the biggest civil society movements, Global March Against Child Labour, which demanded an international law against the worst forms of child labour. In 2014 he won the Nobel Peace Prize (together with Malala Yousafzai).

Kate Nash: Underestimate the Girl, directed by Amy Goldstein, is an intimate portrayal of Kate Nash, a former pop sensation, who gave up money and fame to speak up about inequalities in the music industry. At the age of 18, Kate swept away the charts, toured the world and her songs reached platinum. When she several years later decided to make music under her own terms, she lost everything and nearly ended up homeless and with a nervous breakdown. The film follows Kate Nash over the course of a few years while she is trying to maintain creative independence and at the same time pay for utilities, crowdfunding her new album, moving to LA and starting a career on the TV series Glow.

Biography Dox section this year includes a current Academy Award nominee in the documentary film category, Free Solo by Elizabeth Chai Vasarhelyi and Jimmy Chin. The filmmakers follow climber Alex Honnold and his mission to be the first to conquer – without a rope and safety equipment – the high vertical rock El Capitan in the Yosemite National Park. Free Solo won the People’s Choice Award at the 43rd Toronto International Film Festival and was nominated for a BAFTA.