After an audience greeting and a brief trip down the memory lane, 15th ZagrebDox was opened with a screening of the film The Night We Fell, attended by Danish director Cille Hannibal. 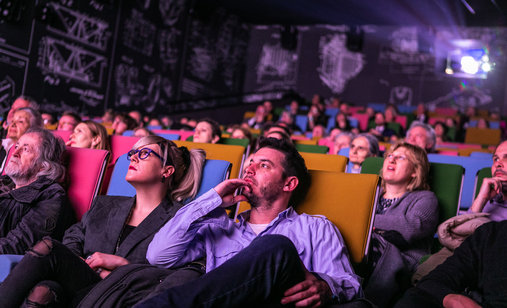 In five theatres of Kaptol Boutique Cinema on Sunday the 15th ZagrebDox was opened with a screening of the film The Night We Fell, attended by Danish director Cille Hannibal.

The founder and director of ZagrebDox Nenad Puhovski greeted the audience, with a brief overview of the past 15 festival years. “A lot has happened – we saw over 20 000 films, screened over 2000 of them from 77 countries for 290 000 spectators, and introduced a series of novelties into our festival life.”

After a brief trip down memory lane, Mayor Milan Bandić officially opened the 15th ZagrebDox. “With ZagrebDox screenings of about 100 documentary films, over the next eight days we will open new horizons to the world. ZagrebDox is an important platform to acquaint the audience with Croatian documentary production. Besides, ZagrebDox always speaks up about important and burning social issues, which is why this festival is an artistic introspective depiction of contemporary life and the problems of contemporary man.”

After the screening of The Night We Fell, the audience was greeted by Cille Hannibal, thanking the organisers for giving her film a chance to open this year’s ZagrebDox. She also pointed out the importance of conversation, one of the central points of documentary film.

The photo gallery is available here.