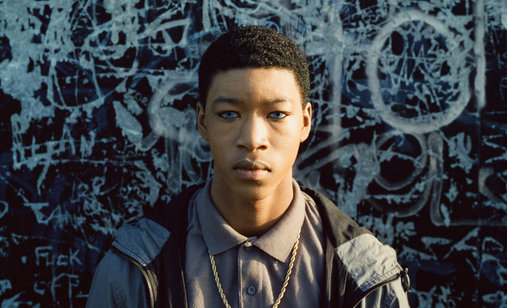 The 15th ZagrebDox international competition includes 19 documentaries, and an interesting fact is that almost half of them were made by authors up to 35 years of age, which portends a generation shift on the global documentary scene. Two films by emerging authors are also this year’s Oscar nominees: Minding the Gap by Bing Liu, an atmospheric Sundance docu-hit about American skaters on the brink of maturity, which has so far won almost 50 international awards, and the British short documentary Black Sheep by Ed Perkins, raising difficult and pertinent questions about race and identity. Another one born in the late ‘80s is Alexandria Bombach, the winner of the Sundance 2018 best director award, who directed the shocking and relevant documentary On Her Shoulders about Nadia Murad, an activist for the Yazidi rights.

ZagrebDox’s international competition also features a series of award-winning films from prestigious world festivals, from Venice and IDFA to Sundance and Cannes. Still Recording by Ghiath Ayoub and Saeed Al Batal, which won as many as seven awards at the Critics’ Week in Venice, is a powerful and harrowing tribute to documentary filmmakers and artists who decided to testify to the horrors in Syria. The contemplative documentary about an unusual intergenerational friendship, Summa by Andrei Kutsila, won the best medium-length documentary award at IDFA. Arriving with IDFA’s award for best Dutch documentary film is Now Something Is Slowly Changing by mint film office, a film that examines different modern-day forms of personal development, from horse management training, to pig massages, to masterclasses about happiness for elementary schoolchildren.

In addition to these, there is the Oscar-nominated documentary about the African American community in Alabama Hale County This Morning, This Evening by RaMell Ross, an award-winner at Full Frame and Sundance. Tribeca and Visions du Réel award-winner Island of the Hungry Ghosts by Gabrielle Brady takes us to the closely watched illegal immigrant detention centre on Christmas Island in the middle of the Indian Ocean. The French film To the Four Winds by Michel Toesca about a farmer giving shelter to refugees on his farm on the border of Italy and France has won the Golden Eye special mention in Cannes.

Two competition entries are based on famous cover stories. The American film Three Identical Strangers by Tim Wardle is a story about identical twins separated after birth, who met by chance at the age of 19. The Raft by Marcus Lindeen, honoured at CPH:DOX, interestingly reconstructs one of the most famous sociological experiments from the 1970s when five men and six women set out across the Atlantic Ocean on a raft. ZagrebDox’s international competition also includes two interesting family stories, also by young female filmmakers. Cille Hannibal, the director of the Danish film The Night We Fell, a touching intimate documentary about grief and loss of a loved one which opens this year’s festival edition, and Anna Kryvenko, who in the film My Unknown Soldier analyses the fate of her granduncle who entered Prague as a member of the occupying forces, of which her family kept quiet about for decades.

The international competition also includes the Czech-Dutch entry Bruce Lee and the Outlaw, directed by Joost Vandebrug, a story from underground Bucharest about the fate of a homeless boy, the Polish Symphony of the Ursus Factory by Jaśmina Wójcik, re-enacting the memories of once the biggest European agricultural equipment manufacturer, and the visually impressive Chinese documentary Up the Mountain by Yang Zhang about a Chinese artist whose painting lessons permanently transformed a rural community in the mountains.

Running for the Big Stamp in international competition are three other brilliant documentary miniatures: the Iranian-British I Have Sinned a Rapturous Sin by Maryam Tafakory, about female sensuality in Islamic culture, the Estonian-Peruvian A Life of Pleasure by Marta Pulk about domestic violence from the point of view of several prostitutes, and the Swiss All Inclusive by Corina Schwingruber Ilić about mass cruise tourism, which won the Golden Dove at DOK Leipzig.