A series of brilliant titles in international competition is forerun by "Minding the Gap", a Sundance docu-hit about skaters on a turning point, which has recently won its 48th award 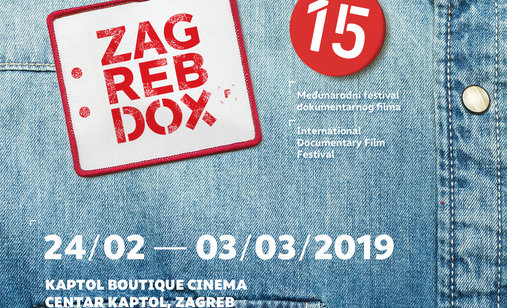 The 15th International Documentary Film Festival ZagrebDox takes place from 24 February to 3 March at Kaptol Boutique Cinema in Zagreb and will be presenting the most interesting feature and short documentaries from all over the world. These eight days will again make Zagreb a documentary hub and a focal point of discussions between filmmakers and audience about the burning issues in present-day society and important socially involved stories.

The first title in this year’s international competition has been announced: the amazing line-up is forerun by Minding the Gap, one of the greatest recent docu-hits which won 48 awards so far at prestigious world festivals, including a jury award for debut documentary at Sundance, audience awards at Hot Docs and Sheffield, a special mention at CPH:DOX, honours at IDFA and DOXA, and three awards at the recent Cinema Eye Honors.

The debut by the young American filmmaker Bing Liu took 12 years to make from a series of personal records he had made as a teenager. We meet three skaters from Rockford, Illinois on the verge of maturity. Dynamic and hypnotising scenes shot from a skateboard are merely a backdrop to their intimate dramas: Zack is awaiting the birth of his first child, for which he is not ready yet, Keire is unsuccessfully trying to find his first job, and the third protagonist is the director himself. Apart from his love of skateboarding and the feeling of freedom it brings, the boys share a difficult childhood marked by domestic violence, alcoholism and influence of toxic male authorities they themselves begin to copy in personal relationships.

Another coming attraction are ZagrebDox’s new special programmes: Famous on Famous includes films by famous filmmakers about even more famous protagonists, Slow Dox offers a special kind of experience to the audience, and Fashion Dox is presenting documentaries about the most important names from the fashion world. This year’s Author’s Night is dedicated to the award-winning Croatian documentary director Nebojša Slijepčević, and the films by the Ukrainian director Sergei Loznitsa, one of the most prominent European documentarians and a fierce critic of Russian policies, will be presented in a retrospective.

In addition to keeping track of the finest and most interesting recent and classical documentaries in its film programmes, ZagrebDox is devoted to introducing documentaries to a diverse audience and educating film professionals through its ZagrebDox PRO platform. Its 15th edition will bring over a hundred films and host many national and international filmmakers.