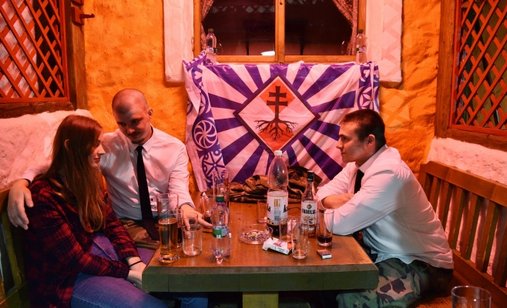 The Czech-Croatian feature-length documentary film When the War Comes, by Czech director Jan Gebert, which participated in ZagrebDox Pro 2016, journeys to the 68th Berlinale (15-25 February) as part of the official Panorama category, traditionally focusing on films with powerful creative visions.The plot of the film, whose world premiere is to be held at Berlinale, is set in Slovakia, where a paramilitary group, with the government’s silent approval, recruits hundreds of teenagers. Their goal is simple: to create a totalitarian community based on isolation and life in fear.

The film When the War Comes was produced by Pink from Czech Republic and co-produced by HBO (HBO Czech Republic) and Hulahop from Zagreb, co-funded by the Croatian Audiovisual Centre. Check out detailed information on Berlinale’s official website.