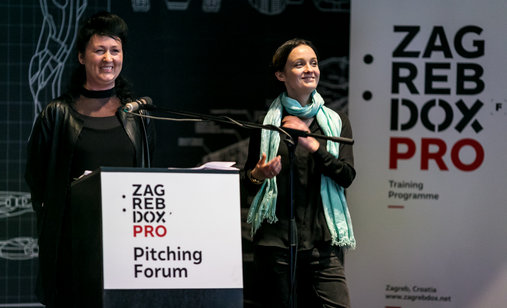 The International Documentary Filmfestival Amsterdam, one of the most important documentary film festivals in the world, took place between 15 and 26 November 2017.

The feature film section screened The Lonely Battle of Thomas Reid, directed by Feargal Ward and produced by Luke McManus, who presented the project in its production stage at ZagrebDox Pro 2017, where it won the award given by all the jury members, ZagrebDox PRO DCP, a diploma and DCP material after the project's completion.

The same year ZagrebDox PRO was attended by director Ieva Ozolina and producer Madara Melberga with the project Solving My Mother, which appeared at IDFA in the section Competition for First Appearance and won the IDFA Special Jury Award for First Appearance in Memory of Peter Wintonick.

The feature film competition at this year's IDFA also screened the film A Woman Captured by Bernadette Tuzza Ritter, developed at ZagrebDox Pro 2016 under the title My Marish. Together with producer Julianne Ugrin, she won at Jihlava International Documentary Film Festival. In January the film will be presented at Sundance as well.