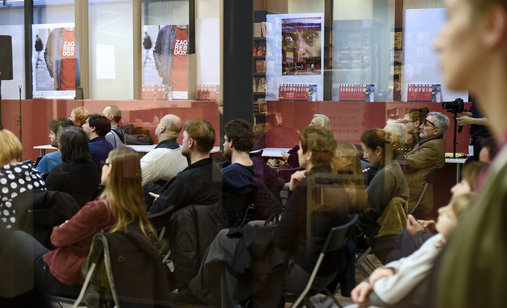 Over the past three years, the Serbian documentary scene has truly blossomed, both in the creative and the production-related sense. The efforts of DokSerbia Association, established in December of 2015, among other things, led to better organised funding sources in collaboration with Film Centre Serbia, as well as to better acquisition contracts with Serbian Radio Television for local documentaries.

Serbian documentary films also achieved significant international success during this time; from Ognjen Glavonić’s Depth Two, which premiered at Berlinale 2016 and got Big Stamp award for the best film from the regional competition of last year’s ZagrebDox, to the recent triumph of Mila Turajlić with The Other Side of Everything at the most important documentary film festival in the world, IDFA. The prestigious Masters section at IDFA included Boris Mitić’s film In Praise of Nothing, while Biljana Tutorov’s film When Pigs Come received the EDN Talent Grant at last year’s Sarajevo Film Festival.

The Other Side of Everything and In Praise of Nothing will be screened at this year’s ZagrebDox Regional Competition. In addition to the already mentioned directors and producers Ognjen Glavonić, Boris Mitić, Mila Turajlić and Biljana Tutorov, the panellists include director of Film Centre Serbia Boban Jevtić and president of DokSerbia Association in 2017, producer Jovana Nikolić. The panel will be moderated by Robert Tomić Zuber.