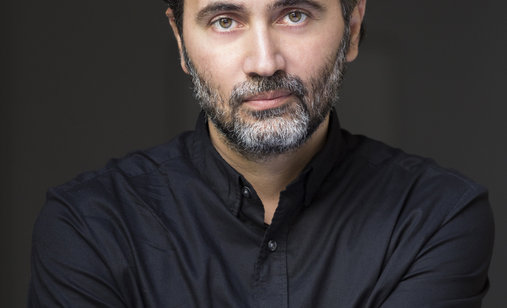 +
In this masterclass Talal Derki will talk about his unique approach to making films that deal with various aspects of war in the filmmaker’s country.

Talal Derki was born in Damascus and is based in Berlin since 2014. He studied film directing in Athens and worked as an assistant director for many feature film productions. His feature documentary Return to Homs (2013, screened at 2014 ZagrebDox) has won Sundance Film Festival’s World Cinema Grand Jury Prize in 2014. The same year, he was also a member of the international jury at IDFA. This year he again takes top doc prize at Sundance with his film Of Fathers and Sons (2017) that will be screened at this year’s ZagrebDox International Competition.

In this masterclass Talal Derki will talk about his inspiration to make films such as Return to Homs and Of Fathers and Sons, the unique approach he employs and both emotional and practical implications of making films in conflict zones that deal with various aspects of war in the filmmaker’s country.

“I wanted to penetrate the psychology and the emotions of this war, understand what made people radicalise and what drives them to live under the strict rules of an Islamic state... I want to establish a direct relationship between the protagonists and the audience and take my audience with me on a personal journey through a devastated country and a troubled society, looking for answers to my desperate questions about the future of my country and the future of new generations who grow up there. Psychological research, into the roots of violence, is about those kids how do not have a choice to decide anything under their father’s authorities.” – Talal Derki on Of Fathers and Sons