The Lonely Battle of Thomas Reid 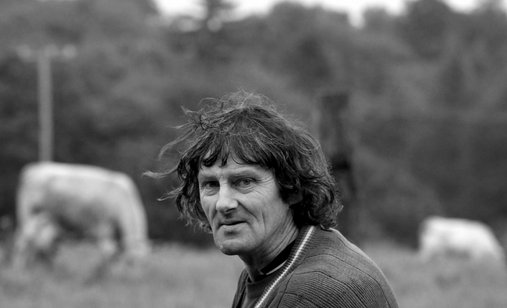 +
For years, Irish farmer Thomas Reid has been locked in a gruelling battle with his neighbour, U.S. microchip manufacturer Intel.

The multinational wants to expand and has its eye on Reid’s land. Eager to boost employment in the region, the Irish authorities are doing their utmost to force Reid into a sale. However, the farmer has no intention of leaving his 300-year-old ancestral home, where he lives alone, surrounded by cows and chickens. The desaturated colour, the soundtrack with snippets of radio shows, and the unorthodox reimaginings of courtroom scenes produce an intriguing and slightly alienating effect. Director Feargal Ward follows the calm rhythm of farm life, which seems to stem from a different age. Traffic roars beyond the stone walls that mark the boundaries of Reid’s land, but he travels everywhere on foot or on his old bicycle. His house is crammed with hoarded junk and he appears to live in chaos. Nevertheless, this tenacious eccentric proves to be a formidable opponent of the system.

Feargal Ward is a filmmaker and cinematographer based in Berlin and Dublin. His directorial debut Yximalloo (2014, co-directed with Tadhg O’Sullivan) premiered at FID Marseille 2014 where it won the Prix Premier. It subsequently screened at festivals worldwide including Festival du Nouveau Cinéma Montréal, T-Mobile New Horizons IFF, and Olhar de Cinema, Brazil. His work has been screened and broadcast internationally, including Channel 4 (UK), Al Jazeera and RTE (Ireland). The Lonely Battle of Thomas Reid (2017) was presented at last year’s at ZagrebDox Pro Pitching Forum.

The Lonely Battle of Thomas Reid