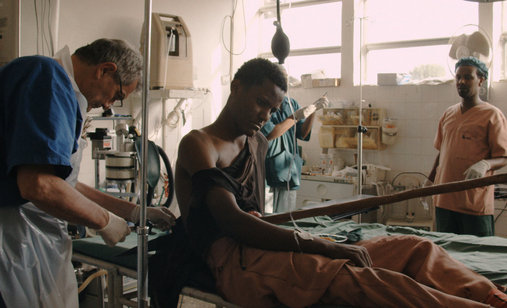 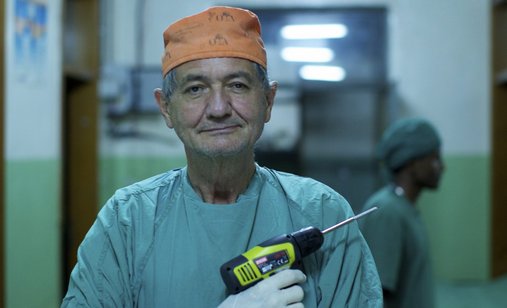 +
Documentary about a worthwhile decision of a Swedish surgeon who, tired of Swedish bureaucracy, goes to work in Ethiopia.

The Swedish surgeon Erik Erichsen was so tired of Swedish bureaucracy that he moved to Ethiopia to work as a surgeon. Here, he rescues lives in a small field hospital with very limited resources – and with whatever is available to him. In Ethiopia, the bureaucracy has been replaced with bleeding and inflammation, and with only three doctors available for every 100 000 inhabitants, there is plenty to do for Dr. Erichsen and his wife Sennait. But there is neither money for, nor access to, decent equipment, so help must be found in cheap drills, plastic strips, bicycle spokes and fishing lines. But never mind – Erik Erichsen still insists that the mental state of Sweden is worse than the material poverty of Ethiopia.

Erik Gandini, born in 1967, Sweden, is a director, producer, and writer. He has directed numerous films and documentaries highlighting Sacrificio: Who Betrayed Che Guevara? co-directed with Tarik Saleh, Surplus. Terrorized Into Being Consumers awarded in IDFA and Videocracy, award winning in Toronto and Sheffield, amongst others. ZagrebDox screened most of his films in different programs, Retrospective program included, and Gandini held the Masterclass at 12th festival edition. He is one of the founders of the Swedish production company Atmo.