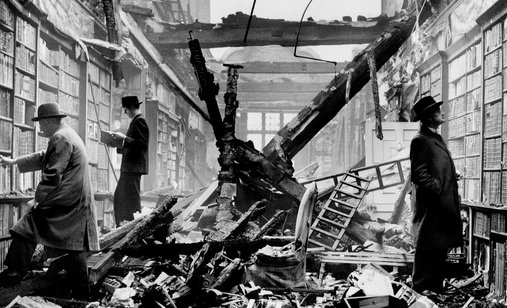 +
A double portrait of two experts situated on opposite ends of the same issue – the global arms trade.

Johan Grimonprez creates a double portrait of two experts situated on opposite ends of the same issue – the global arms trade. The stories of Chris Hedges, a former New York Times war correspondent, and Riccardo Privitera, arms and equipment dealer for the now-defunct Talisman Europe Ltd, provide an unusual and disturbing context for shocking revelations about the industry of war. While interviewing Privitera and Hedges for Grimonprez’s recently released feature Shadow World (2016), it became clear that the two men were describing the same anguish and trauma, but from paradoxical perspectives. One has dedicated his life to unmasking lies, while the other has built his life on them. Both their personal and political histories gradually reveal the depths of suffering and duplicity, showing that the arms trade is a symptom of a profound illness: greed.

Johan Grimonprez was born in Roeselare, Belgium in 1962. He studied at the School of Visual Arts and attended the Whitney Museum Independent Study Program in New York. Grimonprez achieved international acclaim with his film essay, Dial H-I-S-T-O-R-Y that premiered in 1997 at Centre Pompidou and Documenta 10 in Kassel. Other key works from Grimonprez’ oeuvre include Shadow World (2016), Double Take (2009), Looking for Alfred (2005) and Kobarweng or Where is Your Helicopter (1992).