Summary of this year's ZagrebDox Pro, a training programme for film professionals. 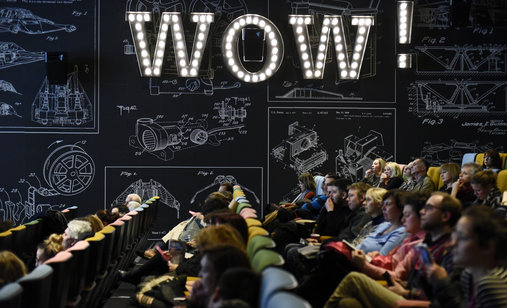 In addition to a segment of the programme intended only for workshop participants, ZagrebDox Pro features a masterclass and a series of case studies, presentations and other events open to the public. At the one-day Pitching Forum, the central part of ZagrebDox Pro, 12 documentary projects at different stages of development and production from 11 countries will introduce themselves. The workshop mentors are the Director of DOK Leipzig Leena Pasanen and director and producer Stefano Tealdi, also the moderator of the pitching forum. Mentors and participants go through all the relevant aspects of directing and production: synopses and trailers are drafted, budgets and funding schemes arranged.

Renowned director Talal Derki will hold a masterclass. Talal Derki will speak about what inspired him to make Return to Homs (2013) and Of Fathers and Sons (2017), as well as about his unique approach, emotional and practical consequences of making films in war zones and films dealing with different aspects of war in the author’s home country. Both of these films earned this Syrian director the main award in international competition at Sundance Film Festival. His film Of Fathers and Sons is screened in this year’s ZagrebDox international competition.

ZagrebDox Pro also includes three case studies. Polish director Anna Zamecka will acquaint the audience with her process of working on her debut film Communion as a director, producer and one of the editors, with a special focus on the ethical responsibility of turning other people’s lives into images. Creative documentaries and how to reshape reality into coherent documentary stories, will be the topic of Danish director Eva Mulvad’s case study. Her film A Modern Man (2017) premiered at CPH:DOX and is scheduled to be screened in ZagrebDox’s Biography Dox section. Miha Čelar, a Slovenian director and producer, will present his transmedia documentary project iISLAND, one of the first such projects in the region. Čelar will convey his three-year experience in creating the project and the experience of direct communication with target audience in the last stage of the project – a feature documentary.

Following up on the successful collaboration with ZagrebDox Pro, AVC in association with Sony will present the latest digital camera VENICE CineAlta Full-Frame 36x24 mm 6K. The presenter will be DoP and Sony lecturer Alex Sterian. Interested audience will have a chance to take part in a discussion under the title Upswing of Serbian Documentary Film: Joining Forces, Series of Favourable Circumstances, Or…?, with visiting panellists from Serbia: Ognjen Glavonić, Boban Jevtić, Boris Mitić, Jovana Nikolić, Mila Turajlić and Biljana Tutorov.

A schedule of all ZagrebDox Pro events is available HERE.