A series of outstanding recent titles will reveal the common problems in the “post-communist” societies of Eastern, Central and Southeast Europe, as well as the position of Croatia today and how it compares to Poland, Czech Republic, Bulgaria and Romania. 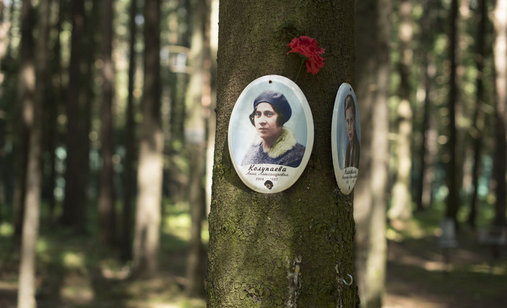 The term New Europe became more frequent only after the fall of the Berlin Wall and it was used to describe the ‘post-communist’ societies of Eastern, Central and South-Eastern Europe, the processes of their transition towards democracy and the Euro-Atlantic integration.

The processes which these countries and societies have in common, such as the treatment of refugees, an attachment to the past, the predominance of conservative values, their interpretation of democracy and the free market, their treatment of the NGO sector, and other shared features, are the object of exploration and cinematic articulation of the interesting films presented here.

A quick glance at the topics of the films in this section gives an accurate idea of the problems these societies face: The Red Soul by Dutch author Jessica Gorter explores the attitudes of Russians towards Stalin. Adela Komrzy’s Czech Journal: Teaching War addresses the increasing militarization of the society, Home, directed by Zdenko Jurilj deals with the problem of foreclosures in Croatia, while Begin Again, by director Arijana Lekić-Fridrih, offers a rare portrait of a Croatian politician (Jadranka Kosor).

Licu, a Romanian Story, by Ana Dumitrescu, portrays a 92-year-old who has lived through ‘all’ the regimes, wars and revolutions. Opera about Poland, directed by Piotr Stasik brings a disturbing collage of patriotic and religious rituals, everyday traditions and collective memories, while Adela Peeva’s documentary Long Live Bulgaria examines the newfound nationalism in Bulgaria.