A streak of fascinating films in this year's competition include the Sundance winner "Of Fathers and Sons" by Talal Derki, new films by Arūnas Matelis and Marta Prus and DOK Leipzig winner "Mum's Hair" by Norwegian author Maja Arnkleiv. 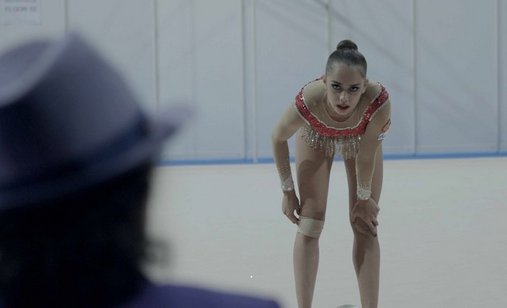 This year’s international competition consists of 21 documentaries. The festival opens with the film Over the Limit by Polish director Marta Prus, questioning the cruelty of the successful Russian athlete training system. It is an intense, oftentimes disturbing drama, a kind of documentary version of The Black Swan, depicting the unspeakable amount of physical and mental effort invested in the preparations for winning an Olympic medal.

Titles garnering prestigious nominations and awards are a ZagrebDox staple and its strongest point. The film by Syrian director Talal Derki, Of Fathers and Sons, is this year’s Sundance Film Festival winner. Derki returns to his fatherland and, pretending to be making a film about the rise of the caliphate, in fact films a shocking portrayal of a family of radical Islamists. The multi award-winning Taste of Cement is a title by another Syrian director, Ziad Kalthoum, who fled the Syrian army to Beirut, to make a film about Syrian construction workers building a high-rise building.

The feature documentary debut by the Zagreb-born and Swedish-based director Sophie Vuković Shapeshifters reconstructs the immigrant experience of the filmmaker, crossing the path from former Yugoslavia to Austria and Sweden. Another filmmaker to present his feature debut is the Georgian director Rati Oneli. His film City of the Sun, among other honours, has won the Heart of Sarajevo for best documentary film. It is a portrayal of people living in an apocalyptic city of industrial ruins in Western Georgia, near a mine that used to provide the largest quantities of manganese.

Running for the Big Stamp is also Turtle Rock, the debut film by artist and photographer Xiao Xiao. In black and white and over the changing seasons, the author depicts the life in a faraway Chinese village inhabited by only seven families over the past 100 years. Another one is the award-winning film Wonderful Losers: A Different World by Lithuanian director Arūnas Matelis (best documentary in Warsaw, Grand Prix and audience award in Minsk, audience award in Trieste) about the universe of bicycle races from the point of view of team doctors.

Unusual in terms of form is the animated documentary made of 755 photographs, Mum’s Hair by Norwegian director Maja Arnekleiv, the Golden Dove winner at DOK Leipzig. Another entry is The Dread by the Argentinian directing duo Martin Benchimol and Pablo Aparo, who followed the inhabitants and quacks of El Dorado village.