For the first time the best films of ZagrebDox will be judged by the International Federation of Film Critics – FIPRESCI jury. 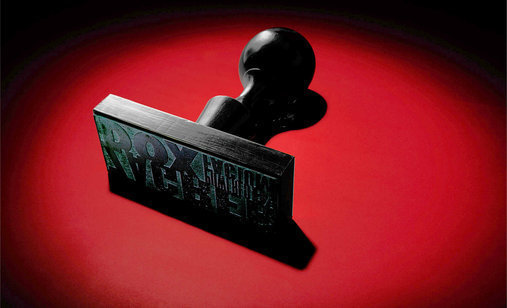 ZagrebDox International Documentary Film Festival closes every year with an award ceremony. The 14th ZagrebDox will screen 125 documentaries in eight days, with several juries deciding on the best films. International and regional competition films run for Big Stamps, the Movies That Matter Award is presented to the film that best promotes human rights, and the My Generation Award is given by the ZagrebDox director Nenad Puhovski to renowned documentary filmmakers. The Small Stamp goes to filmmakers up to 35 years of age, and the Teen Dox Award to the best film from the namesake category. For the first time this year, a jury consisting of members of the International Federation of Film Critics will present the FIPRESCI Award, which speaks about the visibility and relevance of ZagrebDox on the international level among film professionals.

Running for the main festival awards, Big Stamps, in international and regional competition are 38 films. The finest international titles will be judged by a three-member international jury. Boris Poljak, a famous name of the local film scene and a multi award-winning director and cinematographer of documentary and fiction films (Autofocus won a Grand Prix in Karlovy Vary), in focus of this year’s festival retrospective and author’s night; the Sundance Film Festival programmer Harry Vaughn, selecting documentaries for Premieres and Sundance Catalyst section (connecting projects with investors and financiers); and Polish director Anna Zamecka, whose feature documentary debut Communion opened the last year’s edition of ZagrebDox and in the meantime won many awards, including the European Film Academy Award for best European documentary film in 2017.

Who will take home the Big Stamp for the best regional competition entry will be decided by the renowned director Liz McIntyre, the director of Sheffield Doc/Fest, one of the leading documentary film festivals, member of the Women in Film and Television board and BAFTA and TV BAFTA Learning & New Talent boards; Ralph Eue, the programmer of DOK Leipzig, film journalist, translator and professor of film history and theory at Berlin University of Art, German Academy of Film and Television (DFFB) and University of Vienna; Ognjen Glavonić, director, CEO and co-founder of Pančevo Film Festival. His first feature documentary Depth Two won the Big Stamp last year at ZagrebDox. The film premiered in the Forum section at Berlinale in 2016, followed by over 50 other festivals, and won around 20 distinctions.

The Movies That Matter section jury, judging films of social relevance, includes the Slovenian director, screenwriter, novelist and actor Metod Pevec, the author of many feature fiction and documentary films, and since recently a professor at the Academy of Theatre, Radio, Film and Television in Ljubljana. Next to him is the writer and chair of the Department of Croatian Language at the Faculty of Humanities and Social Sciences in Rijeka Kristian Novak, the two times winner of tportal novel of the year award (2014 and 2017), Ksaver Šandor Gjalski literary award and Fran Galović award. The third member is Maja Sever, journalist and editor at Croatian Television information service and an active member of the Union of Journalists and Croatian Journalists Association.

The Small Stamp goes to a filmmaker up to 35 years of age, at the discretion of the Young Jury, consisting of Bulgarian producer Stanislav Semerdjiev, the executive director of the Bulgarian Association of Film and TV Schools (CILECT), president of the Bulgarian Association of Film, TV and Radio Scriptwriters, Rector of the National Academy for Theatre and Film Arts is Sofia. Another member is Vlado Zrnić, artist and professor at Split Art Academy (UMAS), a PhD in art history and theory, author of numerous exhibitions and films, opposite the Polish director and student of film directing at Łódź Zofia Kowalewska, the author of the award-winning documentary Close Ties (2016), shortlisted for 2017 Academy Award nominations.

The award of the International Federation of Film Critics FIPRESCI – the oldest and most renowned film critics association, with members from over 50 countries, is extremely important among filmmakers – and will be presented to a regional competition entry. The FIPRESCI Jury consists of the German journalist and film critic Carolin Weidner, a member of DOK Leipzig selection committee since 2017 and also a former jury member at festivals in Moscow, Busan, Basel, Oberhausen and Rotterdam; Collette de Castro, British film critic teaching literature at the University Nanterre Paris, a jury member at film festivals in Lecce, Istanbul, Turin, Palić etc.; and Marcella Jelić, a Croatian journalist, film critic and long-time editor in different newspapers, magazines and websites, editor-in-chief at Klasik TV.

ZagrebDox audience will also cast their vote and decide on the best official international and regional competition film, which will receive the HT Audience Award – a traditional audience award sponsored by Croatian Telecom, the festival’s general sponsor.