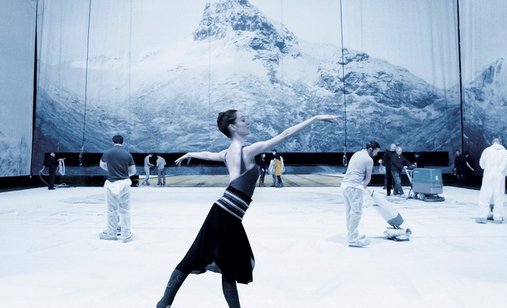 More than 30 films are scheduled to be screened on Tuesday at ZagrebDox. As special Dox events, three Croatian documentaries will premiere: a regional competition entry Josipa, I Love You by Jadranka Cicvarić Šiftar and Senad Zemunović (theatre 4, 8pm), examining the delicate matter of sexual abuse, as well as two ADU Dox entries, made by students at the Academy of Dramatic Art: As Far as Our Feet Take Us by Renata Lučić is an autobiographical video journal registering a complex relationship between the author and her mother, and Josip Lukić’s Momsy (theatre 5, 9pm), an account of a few days in Split during which the author and his mother discussed various issues. After the screening the authors will stay for a Q&A session and discuss their works with the audience.

Several other filmmakers will also present their films with a Q&A session: Hungarian director Bernadett Tuza-Ritter, the author of A Woman Captive (theatre 2, 7pm), a film about Marish who has been living without an identity, held as a slave by a Hungarian family; the Croatian director and cinematographer Bojana Burnać, the author of My Life Without Air (theatre 3, 6pm), about the world free diving champion, whose most important events in life take place under water and whose willpower exceeds human capabilities; Austrian director Bernhard Braunstein, the author of Atelier de Conversation (theatre 1, 7pm), about the programme of the Centre Pompidou in Paris open to everyone who want to learn and practice French; Sophie Vuković, the author of Shapeshifters (theatre 2, 9pm), combining her own documentary footage and fictional immigrant experience, re-enacting her path from former Yugoslavia to Austria and Sweden, where she lives today; Bosnian and Herzegovinian director Nedžad Begović, the author of Everywhere (theatre 3, 8pm), and Sunčica Ana Veldić, presenting her film White Trash in ADU Dox (theatre 5, 9pm).

ZagrebDox programme on Tuesday begins in the morning with free screenings at 11am, 12am and1pm at theatres 1, 2, 4 and 5, with screenings continuing throughout the day until late in the evening; the last screenings are scheduled for 10pm. Early in the afternoon, at 4pm, the first film in the Claire Simon Retrospective will be screened: Patients, in which the director follows a GP about to retire on his visitations in the last month of his employment, and follows the specific nature of relationships the doctor developed with his patients throughout 40 years of professional activity. At 8pm, theatre 3, two Happy Dox entries are scheduled: the short film How to Become a Pope? by Justyna Mytnika, and the already mentioned Everywhere by Nedžad Begović. Evening screenings include a Musical Globe entry: The Paris Opera by Jean-Stephane Bron goes behind the scenes of the grand Paris Opera (theatre 1, 9pm), while the Biography Dox section in the film The Prince and the Dybbuk by Polish directors Piotr Rosolowski and Elwir Niewier (theatre 3, 10pm) introduces us to Michal Waszyński, a mysterious Polish director and an influential personality of the European film scene who produced big Hollywood hits starring Sophia Loren and Claudia Cardinale.

It is important to point out that on Tuesday, at 5.15pm, theatre 5 will host a masterclass by director Talal Derki about Filming in a Hostile Environment, a part of this year’s ZagrebDox Pro platform. Derki will speak about what inspired him to make Return to Homs and Of Fathers and Sons, his unique approach, emotional and practical consequences of filming in war zones and films dealing with different aspects of war in the author’s country.