"Of Fathers and Sons" wins award at Sundance and "Wonderful Losers: A Different World" in Trieste 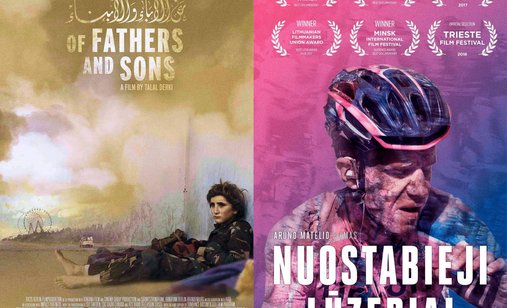 Two films coming soon to this year’s edition of ZagrebDox have won important awards at Sundance and Trieste film festivals. Of Fathers and Sons by Talal Derki won the best documentary film award at Sundance Film Festival, and Wonderful Losers: A Different World by Arunas Matelis won the same category at Trieste Film Festival. Next to these two documentaries, this year’s ZagrebDox is presenting many other recent documentary titles, many of which also earned different awards at renowned film festivals.

Syrian director Talal Derki is known to ZagrebDox audience for his multi award-winning film Return to Homs, which won a Special Mention in 2014. In his latest film Of Fathers and Sons (TRAILER) – included in international competition – Derki returns to his fatherland. Pretending to be making a film about the rise of the caliphate as a pro-Jihadi photo journalist, Derki in fact paints a realistic portrait of a family of radical Islamists. Having won the trust of the father, general Abu Osama, Derki follows a family throughout a period of two years. The film focuses on the children, two underage boys who idolise their father, whose only aim is to raise them to take part in the establishment of the Muslim caliphate. The film skilfully portrays the key moment in the boys’ coming of age, when they have to let go of their childhood and become Jihadi fighters.

Wonderful Losers: A Different World (TRAILER) is a documentary providing an insight into the unique world of professional cyclists, unravelling at the same time the relationships of those who lead races and those who sacrifice everything to help their team colleagues on the road to victory.