The films scheduled for the first day of the festival encompass titles from international and regional competition, Masters of Dox, Musical Globe, Happy Dox, Biography Dox, ADU Dox and the new section In Focus: New Europe. 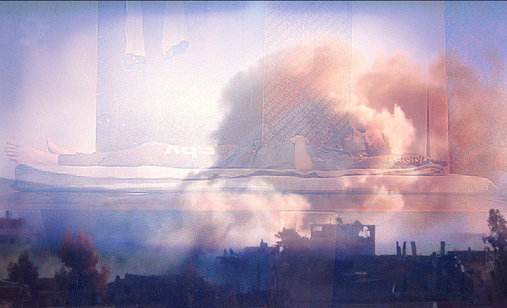 The film Over the Limit, which opened the festival yesterday, will rerun at 6pm, and its director Marta Prus will join the audience for an extended Q&A after the screening. Before that, the short film Girls and Honey by Belgian director Pieter-Jan De Pue, about the horrors of war in complex situations in Ukraine, is scheduled.

A talk with director Arijana Lekić-Fridrih is scheduled after the screening and a world premiere of her film Begin Again at 6pm. The director focuses on a politician, a former prime minister Jadranka Kosor and her struggle to persuade the voters during three weeks of campaign to vote for her so that she may be re-elected MP, although this time she does not have a strong infrastructure provided by her former political party. The film is part of the section In Focus: New Europe, which also includes Home by Zdenko Jurilj, which won a jury special mention at Sarajevo Film Festival, a story about the people evicted from their homes and the (im)possibility to respond in a situation like this.

In international competition, extended Q&As will take place with two Syrian filmmakers after the screenings of their films: Ziad Kalthoum with Taste of Cement, about Syrian refugees living and working on a building site (at 9pm), and Talal Derki with Of Fathers and Sons, scheduled for 7pm, which won the best documentary at Sundance Film Festival.

A Q&A session with the author of When the War Comes, which premiered at this year’s Berlinale is scheduled after the screening at 8pm. The film focuses on a paramilitary group in Slovakia which, with the government’s silent approval, recruits hundreds of teenagers. The film is part of the regional programme, which also includes the appearance of the award-winning Serbian director Boris Mitić with his film In Praise of Nothing. The screening is scheduled for 7pm and this satirical documentary parable was filmed by dozens of DoPs in 70 countries, with original score composed by Pascal Comelade and Tiger Lillies, and the voice of Nothing, speaking in verse, was dubbed by Iggy Pop.

The ZagrebDox Pro training programme at 5.15pm features a case study by Polish director Anna Zamecka, who will introduce the audience to her working process as a director, producer and one of the editors of her debut film Communion, and she will also reflect on the ethical responsibility of turning other people’s lives into images.

Andres Veiel’s Beuys open the Biography Dox section – a story about one of the most significant conceptual artists of the past century, an activist and a provocateur whose work is perceived as visionary and way ahead of its time even now, 30 years after his death. The film Whitney: Can I Be Me?, unmasking the intimacy and shedding a new light on the life, art and emotional relationships of Whitney Houston, by Austrian director Rudi Dolezal and the renowned British documentary filmmaker Nick Broomfield, whose work the ZagrebDox audience had a chance to see many times, opens the Musical Globe section.

Happy Dox and Teen Dox titles are scheduled for 5pm. The Prince of Nothingwood by Soni Kronlund follows Salim Shaheen, an impassioned filmmaker, the most popular Afghan actor, director and producer (he has made over 110 films), who relentlessly keeps making B-movies in a country at war for over 30 years. Making Good Men by Fiona Apanui-Kupenga about the consequences of bullying and Children Online by Katarina Hager about the internet, its appeal and the immense danger experienced by three protagonists – representatives of a generation which started using a computer before they learned how to ride a bicycle or tie their shoes, are the first films in the Teen Dox section.

Evening slots are reserved for international competition screenings: at 8pm The Distant Barking of Dogsby Danish director Simon Lereng Wilmont, about a ten-year-old named Oleg living in constant war led on the east of Ukraine, and at 10pm the short film The Jungle Knows You Better than You Do by Columbian director Juanita Onzaga, followed by The Eternals by Belgian author Pierre-Yves Vandeweerd about roaming ghosts, the people who have survived the conflict between Armenia and Azerbaijan in Nagorno-Karabakh.