The film directed by Otto Bell about 13-year-old Aisholpan who becomes the first eagle huntress in a patriarchal Mongolian community will be screened in four more slots today. 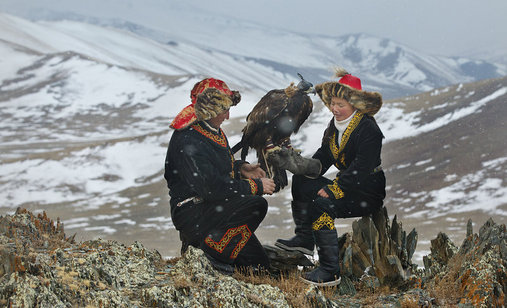 The 13th ZagrebDox audience made up their minds – the best film and winner of the HT Audience Award is Eagle Huntress by Otto Bell.

The story of 13-year-old Aisholpani, growing up in a patriarchal community, is set against the picturesque backdrop of the Altai Mountains in Mongolia. The girl loves hunting with golden eagles, a skill dominated by men for thousands of years. Fascinated by these giant birds of prey, Aisholpan provokes utter amazement when she decides to become the first eagle hunting woman.

This extraordinary tale, taking place in the vast Mongolian steppes, is a modern folk tale of persistence, courage and influence of rigid tradition. In the song composed for this film, Australian songwriter Sia says: "You can do anything!"