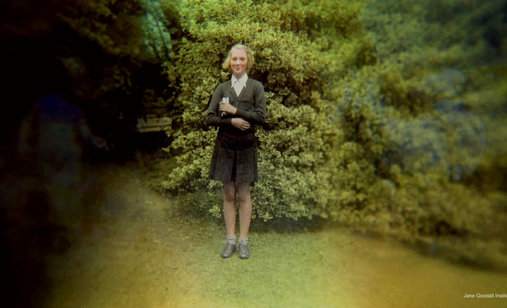 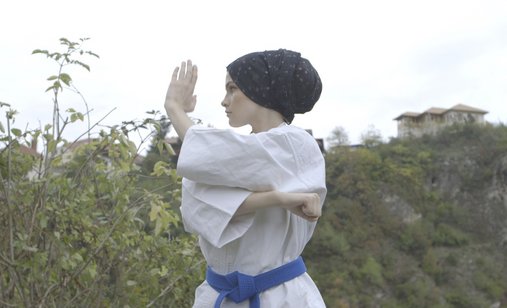 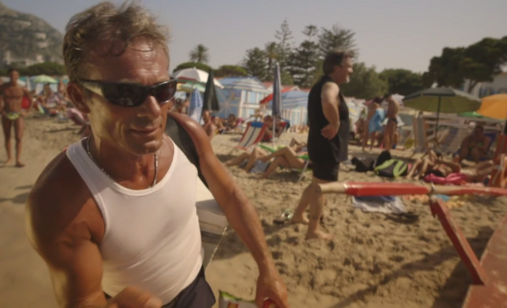 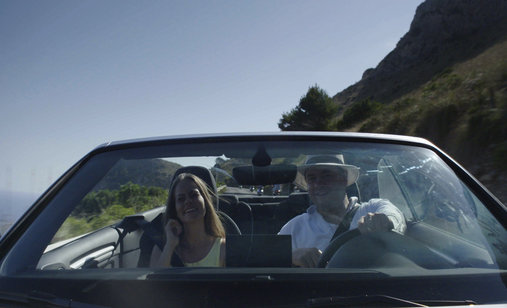 The central festival events on Friday are dominated by the ZagreDoXXL platform at 7pm (theatre 2) and the Author’s Night: Boris Poljak, screening three of Poljak’s films: Autofocus, They Just Come and Go and The Split Watercolour. The renowned film critic Diana Nenadić will make an introduction into the programme and host a Q&A session with the author after the films.

The third interesting event will be a case study as part of ZagrebDox Pro, today hosting Danish director Eva Mulvad, who will discuss creative documentaries and the ways of shaping reality into coherent documentary tales. Her film A Modern Man (2017) premiered at CPH:DOX and ZagrebDox’s audience had a chance to see it yesterday in the Biography Dox section.

Friday brings more encounters with distinguished director. Primarily with Višnja Skorin and Kristina Baticeli, the authors of Mary’s Black Sheep whose world premiere is scheduled for 9pm, theatre 1. The film follows Kristina, an atheist who grew up in an extremely catholic environment, in Marija Bistrica, the largest pilgrimage site in Croatia. Falling in love with a believer, she needs to decide whether to be a hypocrite and get married in church or stick to her beliefs and hurt the people she loves.

Extended Q&A sessions after their films will host Egyptian director Mohamed Siam, presenting his film Amal in Teen Dox (5pm, theatre 1), about a 14-year-old girl searching for identity in a country in transition, and besides unmasking the socio-political situation in Egypt, the film speaks up about the unenviable position of young women. Italian director Giovanni Totaro is presenting his film Happy Winter (5pm, theatre 2), about the phenomenon of holidaying on the famous Mondello beach in Palermo, where every summer many Italian families come to spend their ferragosto in rented prefabricated beach huts. Romanian director Ana Dumitrescu will have a chat with the audience after the screening of her film Licu, a Romanian Story (6pm, theatre 3) as part of ZagrebDox’s new programme section In Focus: New Europe. The protagonist Licu exposes his entire happy and unhappy life before the camera, and the sequences and photographs from his life are universal testimonies of the past, ephemeralness of life and flow of time. At DOK Leipzig the film won the best documentary award.

Regional competition on Friday presents two important films. Undercovered (7pm and 9pm, theatre 5) speaks about the symbolism of wearing a veil – which after the 9/11 terrorist attacks became a scandalous objects debated about, and with the rise of ISIL they began to symbolise a threat of destruction of the ‘free’ world. After the film the directors Nejra Latić Hulusić and Sabrina Begović-Ćorić will join the audience for a Q&A. Macedonian director Ilija Cvetkovski will discuss his film With Love (8pm and 10pm, theatre 4), a simple tale of universal human strength through the optics of an old man, his life and his loves.

Prominent international competition titles are A Stranger at 10pm, theatre 3, by Danish director Nicole Nielsen Horanyi about a 25-year-single mother who meets the man of her dreams on Facebook. They soon begin a life together, but contrary to expectations they will not live happily ever after. The film won at the DOC NYC festival. Biography Dox at 7pm, theatre 1, presents the film Jane by the award-winning director Brett Morgan, nominated for Oscar, Emmy and Peabody awards. In his latest film he portrays the life of Jane Goodall, the famous primatologist and the first person to study the life of chimpanzees in 1960 in the wilderness of Tanzania.

At 9pm, theatre 2 is screening the film On the Road by the esteemed British director Michael Winterbottom, who has directed over 25 feature documentary and fiction films and is known as one of the most prolific European directors. In this film he inserts a fictional romance into a real situation, the tour of the British Grammy-nominated indie rock band Wolf Alice. The State of Affairs section screens the film Ghost Hunting (8pm, theatre 3) by Palestinian director Raed Adoni, about the infamous Israeli detention centre very little is known about, where he himself was imprisoned at the age of 18. The film won several awards at Berlinale, including the best documentary.

The Claire Simon Retrospective at 6pm features another film by this famous French director. At All Costs is a portrait of Jihad who borrows money to start a business of readymade meals for supermarkets. The business doesn’t develop well, but Jihad will not quit and fights for survival at all costs.

The event under the name Dox Visits also kicks off, bringing documentary films to CineStar cinemas in Osijek and Rijeka and CineStar Joker in Split 2-4 March.